Google’s Igor Minar recently introduce to Angular 4. Here are the details about what’s new in Angular 4 and How to upgrade to angular 4 from 2. Be sure to drop a review at the end of the blog!

We all must be knowing that the Angular.JS is a structural framework for dynamic web apps, which lets us use HTML as our template language and helps us extend HTML’s syntax to express our app’s components clearly and succinctly.

AngularJS’s data binding and dependency injection eliminate much of the code we would otherwise have to write.

These all processes can be completed within the browser, hence making it an ideal partner with any server technology.

Simply we can say that the AngularJS is a JavaScript-based open-source front-end web application framework mainly maintained by Google and by a community of individuals and corporations to address many of the challenges encountered in developing applications.

Also, AngularJS and Node.js are the most popular JavaScript frameworks but it is hard to know which one to choose for web application development and business. if you are thinking for creating a web app by using angularjs, then first you need to know whether angularJS SEO friendly or not.

There are many frameworks that are used to compile any application on the AngularJS, but, the most famous of all is the Angular 2.

The Angular 2 is basically a TypeScript-based open-source front-end web application platform and is the ground-up rewrite of AngularJS that comes with many unique qualities.

The Google had announced the Angular 2.0 at the ng-Europe conference in September 2014 and the first release was published in May 2016.

The company announced the final version of this framework in September 2016, making it clear that a new framework might be released soon in place of the existing Angular 2.

Proving all the speculations true, the Google on 13th December 2016 announced Angular 4 (Angular 3 was skipped 3 to avoid a confusion due to the misalignment of the router package’s version which was already distributed as v3.3.0). 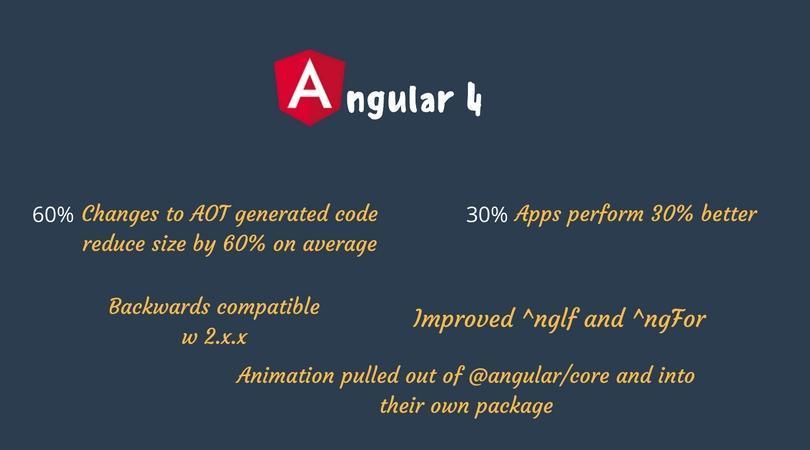 What’s New In Angular 4? There are many Angular 4 new features added As compared to Angular 2. Here is the list:

The company has also made changes in the ‘View Engine’, due to which the size of the AOT generated code for the components can be reduced by the 60 percent in most cases and it follows that the more complex your templates are, the higher are the savings.

It’s worth mentioning that many developers have reported that while migrating to 4 their production bundles get reduced by hundreds of kilobytes.

60% payload size improvements in the wild. And without upgrade pain. Yay! https://t.co/pytmJmglFs

In the Angular 4, the animations have been pulled out of @angular/core and into their own package.

This means that if you don’t use animations, this extra code will not end up in your production bundles.

This change also allows us to easily find documentation and to take better advantage of autocompletion.

The template binding syntax now supports a couple helpful changes, such as one can now use if/else style syntax, and assign local variables while unrolling an observable.

4) Integration of the Angular Universal:

As we might be knowing that the Angular Universal’ is the project that allows developers to run Angular on a server, has now been updated with the Angular 4.

The release contains the results of the internal and external work from the Universal team over the last few months and also the majority of the Universal code has now been located in @angular/platform-server. 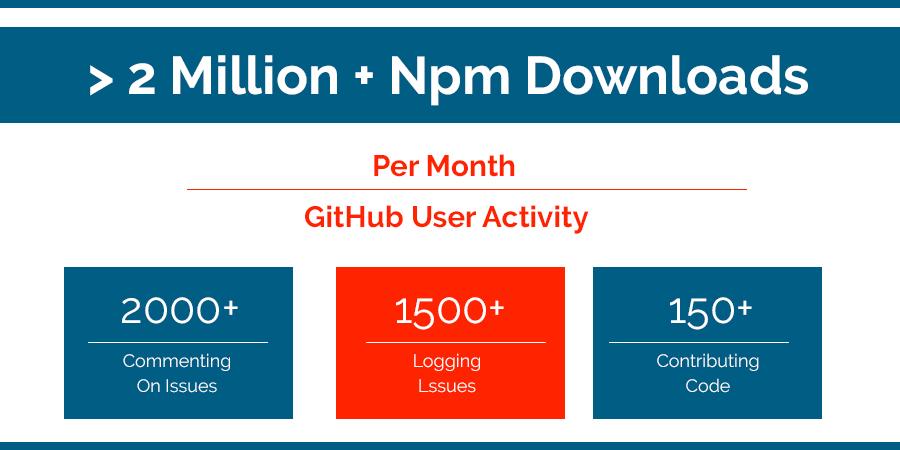 The inclusion of the most recent version of Type Script has been ensured with the Angular 4, and is aimed to improve the speed of NGC and one will get better type checking throughout the application.

If while using Angular 4 Now an error caused by something in one of the templates, then it is capable of generating source maps that give a meaningful context in terms of the original template. 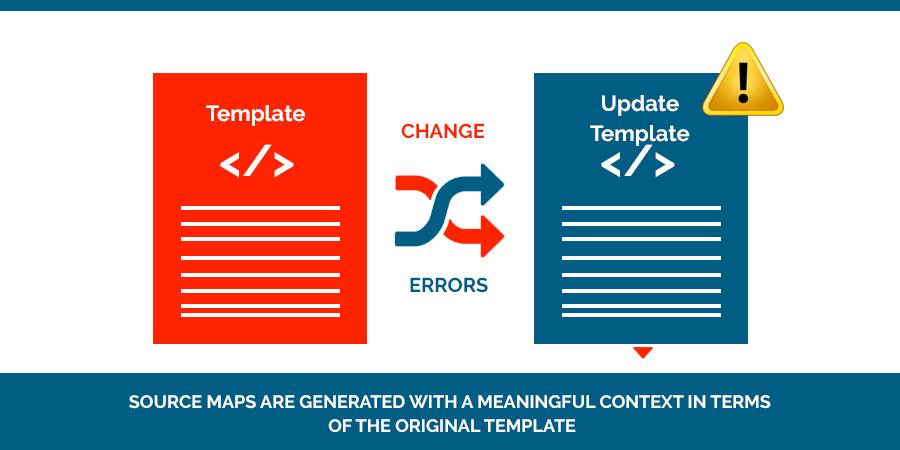 The Angular 4 now ships flattened versions of modules (“rolled up” version of our code in the ECMAScript Module format) and this format helps in tree-shaking, helps to reduce the size of generated bundles, and speed up build translation, and loading in the browser in certain scenarios.

In Angular 4 all the codes now have Closure annotations, making it possible to take advantage of advanced Closure optimizations, resulting in smaller bundle sizes and better tree shaking.

The process to Upgrade to Angular 4 from 2:

Upgrade to Angular 4 from 2 is an easy task, and one can update Angular dependencies to the latest version by using the below method:

After following the above step, run whatever ng serve or npm start command you normally use, and everything should work.

Do remember, that if you rely on Animations, import the new BrowserAnimationsModule from @angular/platform-browser/animations in your root NgModule. Without this, your code will compile and run, but animations will trigger an error. Imports from @angular/core were deprecated, use imports from the new package import { trigger, state, style, transition, animate } from ‘@angular/animations’;.

If the above steps followed in line, it should work. But, in case you face any error, follow the Angular Update Guide (https://angular-update-guide.firebaseapp.com/).

Do remember, SAG IPL is a pioneer Jaipur based AngularJS development company and can assist you in all possible ways to accomplish your endeavor in this field.

We offer our services at very reasonable prices. Feel free to contact, we promise you to deliver the best.