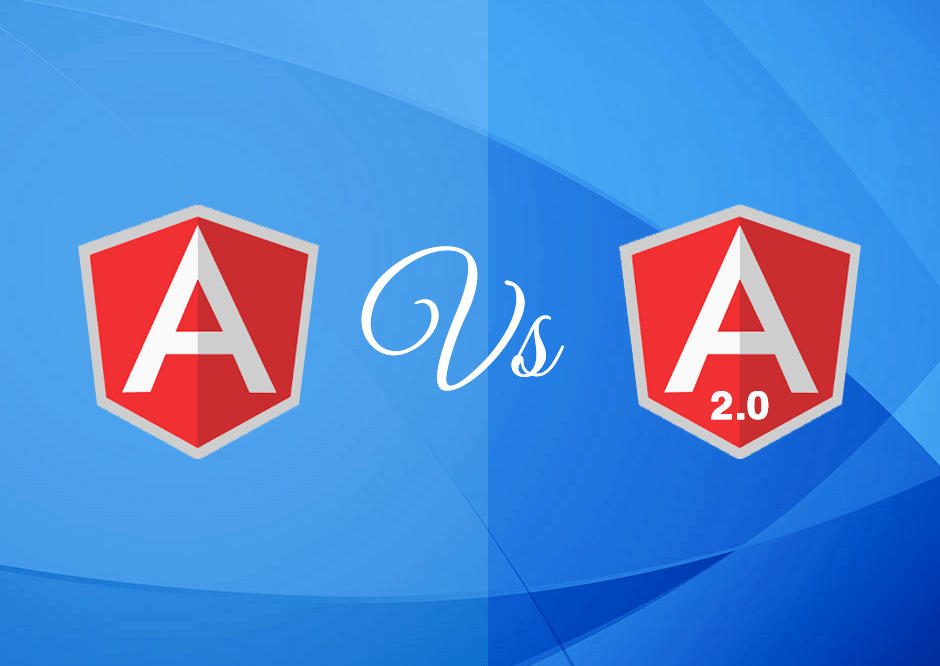 Angular is the most popular JavaScript frameworks of 2019. Today we are discussing mostly asked Angular vs Angular 2 which one developer should choose… Stay Tune till the end!

The world is evolving rapidly from the past few years. The sector has been through so many innovations, but all of that came at a cost of developer convenience. Concerning the Angular, it was developed in a time where web technologies like Javascript, HTML, etc were just in the initial stage of its evolution. The core ideas, which were implemented were ahead of their time, and many of them have now become international standards.

So, the developers had to make a choice that will they stuck up with their current architectures and attempt to mold them over the new standards or they just start from scratch building around the new standards.

Also, AngularJS and Node.js are the most popular JavaScript frameworks but it is hard to know which one to choose for web application development and business. if you are thinking for creating a web app by using angularjs, then first you need to know whether This is SEO friendly or not.

As a result, Angular 2 came in sight in mid-2016. Their uses Hierarchical Dependency Injection system, which is the main performance booster of the framework. It works by implementing unidirectional tree based change detection, which also works as a performance booster.

According to the developers, the Angular 2.0 is 5 times faster than its previous version and is also a huge learning curve for developers. It is completely developed in Typewrite and also meets the ES6 specification. You must not fall in the misconception that it is an update for Angular, It is completely rewritten and includes many changes.

The Angular 2 uses Hierarchical Dependency Injection system and implements unidirectional tree based change detection, which acts as a major performance booster for the framework.

According to the developers, Angular 2 is 5 times faster than Angular 1.

Angular 2 is a bit complicated to set up as compared to Angular. In Angular, you just need to add reference of a library to get started, whereas, the Angular 2 is totally dependent on additional libraries and requires efforts to set it up.

The controllers and $scope in Angular 1 have been replaced with “Components” in Angular 2. Hence we can say that it is a component-based framework, which uses zone.js to detect changes.

Structural directives syntax has been changed in the Angular 2. For example, ng-repeat has been replaced with ng for.

CamelCase syntax is used in the Angular 2 for built-in directives. For example, ng-model has been changed to ngModel and ng-class in now ngClass.

One of the biggest highlights in Angular 2 is that it is capable of directly using the valid HTML DOM element events and properties. By this, most of the built-in directives in Angular 1, which includes ng-herf, ng-src, ng-show, and ng-hide are no longer required now. Angular 2 uses src, herf and hidden properties to get exactly the same output.

In Angular, ng-bind used to be implemented for one-way data binding, but in Angular 2, it is replaced with (property), where property plays the role of a valid HTML DOM element property.

In Angular, ng-model is used for two-way data binding, which has now been replaced with ngModel in Angular 2.

There are two ways to bootstrap Angular, in which one can be done using ng-app attribute and other via coding.

But in Angular 2, there is only one way to bootstrap, and that is via coding.

In Angular 2, @RouteConfig{(…)} is used in the place of $routeprovider.when(), which was used in Angular to configure routing.

However, Angular is still in its beta version, it can be considered as a major upgrade from Angular. Angular 2 undoubtedly has very powerful routes, and it only loads components when it strictly requires them.

It requires more efforts to migrate from Angular to Angular 2, but it is more reliable and comfortable in working as compared to Angular. It is still in beta version, but the final version will soon be released.