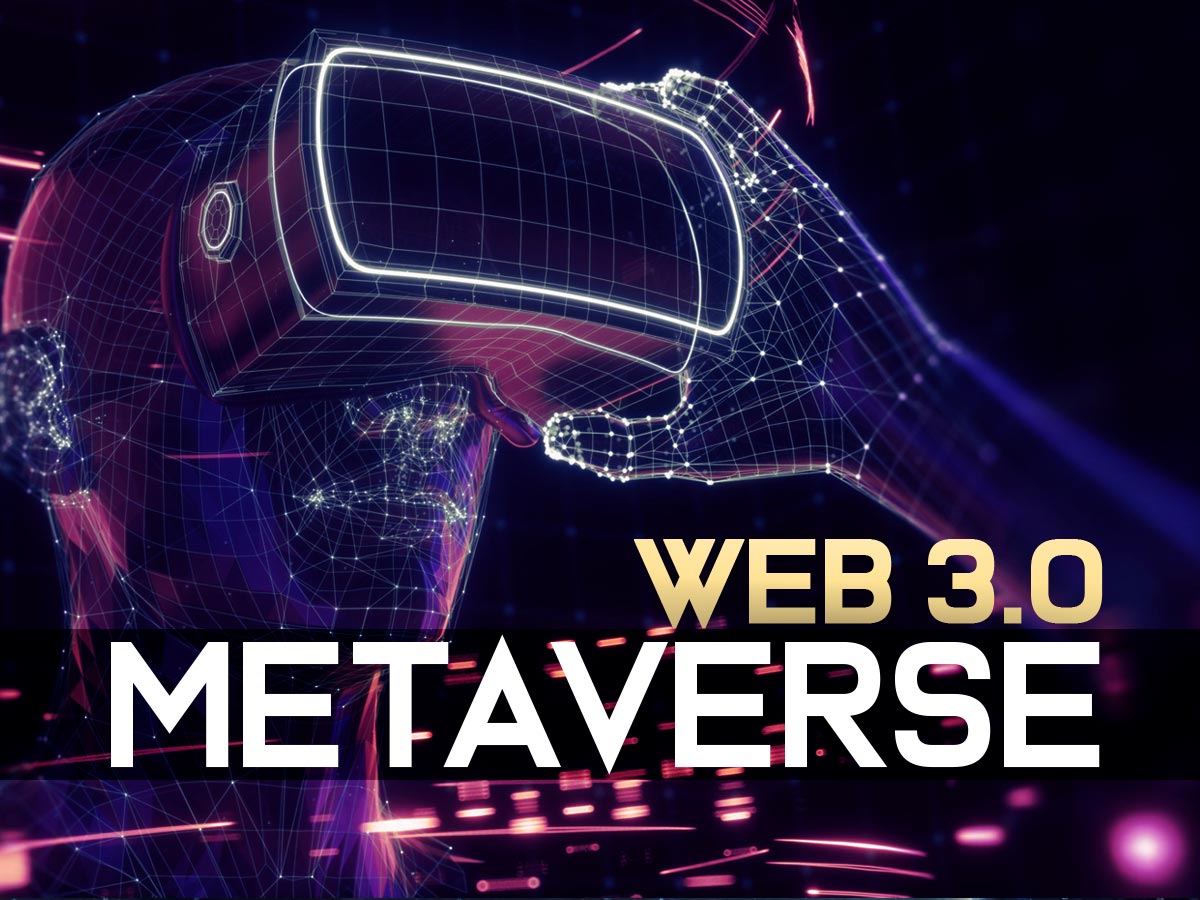 We can’t deny the fact that both Metaverse and Web3.0 are under construction in the grey area of present and future.  There are various futuristic things in both technologies but their own future is uncertain. However, there are lots of developments going on that can solidify their future in this world and we, SAG IPL, are explaining one of many options in this article to make things easy to understand for everyone. And that particular way is building Web 3.0 Metaverse.

As we all know the view on adopting blockchain, decentralization and digital currencies is the factor that seems like a common ground between Metaverse and Web3.0. Along with all their separate features, functions and technicality, people are building their own Web 3.0 Metaverse on the basis of a common factor. And there are various positive reasons behind it. It is new and futuristic of course, but it is also highly beneficial for users and owners as well.

In this comprehensive article, we are explaining every bit and piece of Web 3.0 Metaverse development. Here we will also talk about the process of development, features, components, applications and more.

Web 3 is the third generation of the World Wide Web. It is based on the idea of a decentralized web, where users are in control of their own data and where there is no central authority controlling the web.

Metaverse on the other hand is a decentralized virtual world where people can create their own avatars and interact with each other in a 3D environment. Let’s talk about them one by one.

Web 3.0 is the third generation of the World Wide Web, where the web is more intelligent, connected and user-centric. It is built on the principles of the Semantic Web, where web content can be read and understood by machines.

Web 3.0 is the next generation of the World Wide Web, where the web is more intelligent, interconnected and user-centric. It is based on the Semantic Web, where data is linked and can be interpreted by machines.

Some of the technologies used in web 3.0 include the semantic web, natural language processing, machine learning, and artificial intelligence. Read them about them below:

The first term is “The Semantic Web”. The Semantic Web is a way of representing data on the web so that it can be interpreted by machines. It is based on linked data, where data is linked together using ontologies.

Here Linked data is a way of representing data on the web so that it can be linked together. It is based on the Semantic Web, where data is linked together using ontologies.

Next, Ontologies are a way of representing knowledge so that it can be interpreted by machines. They are used in the Semantic Web and in linked data.

Natural language processing (NLP) is a subfield of linguistics, information engineering,  computer science, and artificial intelligence that deals with the interaction between computers and human (natural) languages, specifically how computers can process and process large amounts of natural language data. How to program to do analysis. ,

NLP is used in web 3.0 to help computers understand the meaning of human language in order to provide better search results and to improve the usability of web applications. NLP is also used to automatically generate summaries of text documents, to help users find relevant information more easily.

Artificial intelligence (AI) is a branch of computer science that deals with the creation of intelligent agents, which are systems that can reason, learn, and act autonomously. AI is a key component of Web 3.0, the third generation of the World Wide Web, being built on the foundations of the Semantic Web and Web 2.0.

The Semantic Web is a network of data that can be read and understood by machines and is the foundation upon which Web 3.0 is being built. Web 2.0 was the first generation of the World Wide Web, and was based on the idea of ​​human-to-human interaction and collaboration. Web 3.0 is based on the idea of ​​machine-to-machine interaction, and it is this interaction that will allow artificial intelligence to play a role in the future of the web.

Machine learning is a branch of artificial intelligence that deals with the design and development of algorithms that can learn and make predictions from data.

It is playing an increasingly important role in Web 3.0, as the amount of data being generated by users and devices is growing rapidly. Machine learning is being used to help understand this data and extract valuable insights that can be used to improve user experience and make better decisions.

As mentioned above decentralization is one factor that is common between Web3 and Metaverse. Blockchain is a distributed database that allows secure, transparent and tamper-proof record keeping. This makes it well suited for use in a wide range of applications, from financial transactions to medical records and identity management.

In a blockchain network, each participant has a copy of the shared ledger, which is constantly updated as new transactions are added. This ensures that all users have the same up-to-date view of the data and that no single user can tamper with the record.

Blockchain technology is the backbone of the new Web 3.0, which is being built on a foundation of trust, transparency and decentralization. With blockchain, the Internet can be used for much more than just exchanging information. It can be used to exchange value, power new applications, and create a more open and equitable world.

Some key characteristics of Web 3.0 include:

Web 3.0 is the next version of The applications of WEB 3.0 includes:

Metaverse is a term coined by Neal Stephenson in his 1992 science fiction novel Snow Crash. It refers to a virtual reality simulation, in which users can interact with each other and create a shared space.

Ultimately, a metaverse is a shared, online virtual world that people can use to interact with each other and with computer-generated characters and objects. It is a virtual world that is built on a computer-generated platform that allows users to create avatars, or digital representations of themselves, and interact with each other in a variety of ways.

The Metaverse will change the way people interact with the internet by giving them a more immersive and interactive experience. It will allow people to explore virtual worlds and interact with others in a more realistic way.

The technologies that are used to create the Metaverse are:

There are many potential applications for metaverse technology. For example, it can be used to create virtual shopping experiences where users can try on clothes and shop without leaving their homes.

It can also be used for educational purposes, such as virtual field trips or simulations of historical events. Additionally, businesses can use the Metaverse to create virtual office spaces, where employees can collaborate on projects from anywhere in the world.

The possibilities for the metaverse are endless, and it is likely that we will see more and more applications for this technology in the coming years.

As of now, here is the list of applications of the Metaverse:

Development of the Web 3.0 metaverse will vary depending on the specific goals and needs of the project. However, some of the key considerations for development will include building a robust and scalable architecture, the development of interactive 3D environments, and the integration of various web-based technologies.

It is also a fact that dApps can play a vital role in integrating Metaverse and Web 3.0. This fact also adds more possibilities. If you are looking to enter the world of Metaverse that is well-synced with the upcoming version of the Internet then hire an experienced company. And if you are already looking for one then SAG IPL should be your go-to partner in the metaverse, Web 3.0 and blockchain developments.

SAG IPL is a Jaipur Based highly experienced and reliable company that is well-known for providing a range of services to clients all over the world. So, don’t think much and talk to an expert from SAG IPL now!

So, don’t waste your time wandering here and there and Call SAG IPL now!
Don’t Worry About It!