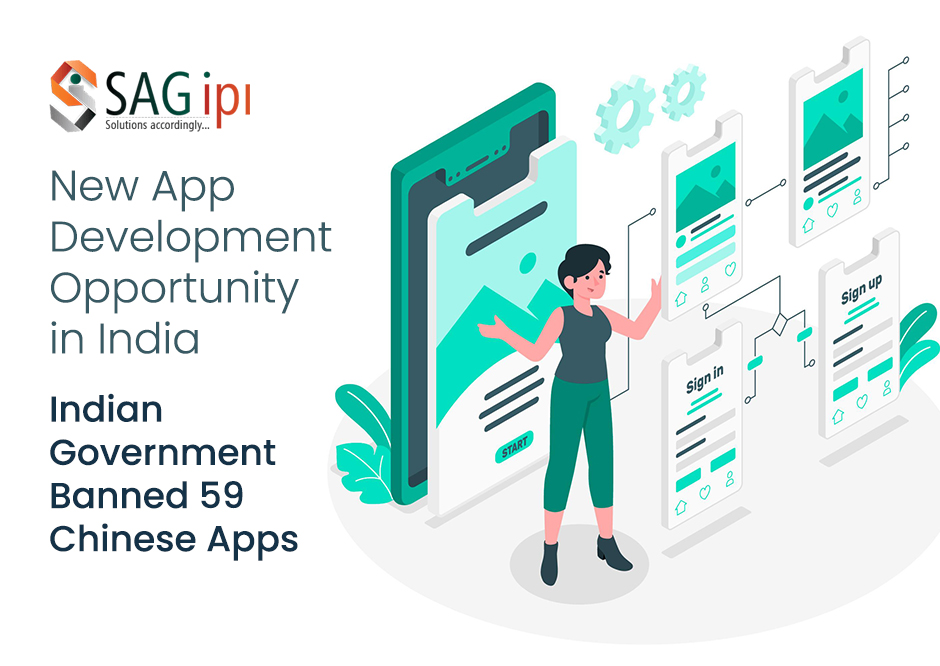 The Modi government decided to ban the use of 59 different Chinese apps including the most popular TikTok, one of the most downloaded and used applications in the country.

Different entrepreneurs, officials and the general public have been responding through social media platforms to laud the decision and encourage the start-ups in the country to come forward to fill the void created due to the ban.

The past has shown that the entrepreneurs in the country have always faced a hard time because of the digital offerings of the Chinese companies, but with the ban, the tech start-ups can find a way to get their products into the Indian market.

Some of these banned apps were pre-installed in Chinese smartphone brands like Huawei, Xiaomi and ZTE, but the ban will create a way for the local brands to get into position.

The rise seen by TikTok in the Indian market is incomparable to any other app. Tiktok had more than 200 Million active users in India only, now these users will switch to Indian apps like Mitron, Bolo Indya, Roposo, ShareChat, and InMobi, resulting in the generation of revenue for the Indian entrepreneurs.

The ban has brought an even playing field for the app developers in India and other countries. The next few months are expected to give a new shape to the digital ecosystem. Although the pandemic has resulted in a decrease in the number of investors, the ban will motivate investors to invest in new start-ups.

The ban will prove to be a gift for the local e-Commerce, video sharing and editing, photo editors, messengers, lifestyle and various other apps.

Mitron, the Indian video editor and developer app is the best substitute for the apps like TikTok, Likee, Vigo Video, Helo and others. The app became very popular among users during the pandemic when the boycott of the Chinese products started.

The app has achieved a rating of 4.5 stars out of 5 on the Google Play Store and gained more than 10 million downloads which skyrocketed during the lockdown and are still increasing by the hour. The growth seen by the app is purely organic. No campaign or expenses are spent over it.

Chingari is another app developed by Indian developers. It has crossed over 3 million downloads on the Google Play Store in the past few months. Chingari can be a very good substitute for foreign video editors and creator apps.

The founders of the app have claimed that the app is even better than TikTok, the most popular video app. The users of the app also get money for creating and uploading the video. The app is available in major local languages like Hindi, English, Tamil, Marathi, Gujarati, Telugu, etc. The app can be downloaded from Apple App Store Google Play Store and other app platforms.

ShareChat, another app developed by the creators in India is a good substitute for the WeChat app banned by the government. It is created by the Mohalla Tech Private Limited, a local app developer and tech creator. Founded by Ankush Sachdeva, Bhanu Pratap Singh, and Farid Ahsan, the app has more features than the WeChat app and comes in 15 different languages.

Google Chrome is the best and the most commonly used browser around the globe. It is a very good substitute for the UCBrowser as banned by the government. It is pre-installed on all smartphones despite the brand. The app is regularly updated by the owner company, Alphabet, with better and more features.

Read Also: The Cost To Market an App: A Complete Super Cheesy Guide

Another alternative to the banned Chinese apps is Mozilla Firefox. It is the most used browser after Google Chrome. It is better than the Chinese browser UCBrowser, CM Browser, Apus Browser and others.

The app has a feature of Tracking Prevention that disables the browser to track the location of its users. The browser also alerts the user if there is an email breach through its Firefox Monitor feature.

Send Anywhere is another good substitute for Chinese file-sharing apps like ShareIt. The app allows the users to share and transfer files among and between Windows, Android and iOS devices.

Notebloc can be a very good substitute for the CamScanner app. It is a scanner app developed by the founders of Barcelona, Spain. It is similar yet better than CamScanner and includes all similar options. It also has an inbuilt feature to scan the handwritten document, unlike CamScanner. The filters of the app can make the text brighter, darker and better.

Inshorts is another app developed by the creators in India in 2013. Inshorts is one of the most popular news apps. It provides news from all around the globe. It provides the news in a summary of 60 or less words for convenience. The app can be a great substitute for the Chinese news app, UCNews.

Multiple App Cloner can be a very good substitute for the Chinese app Parallel Space. The users can use it to create one or more clones of any app. The app was developed by two creators in India. It can run the clones of the app simultaneously.

AZ Screen Recorder is a high-quality audio and video recorder for Android which can be used by users to record clear and smooth videos. The app comes with various features like screen capture, screen video recorder, video editor, and live stream screen. You can record video tutorials, video games and other videos that can not be downloaded.

Airmeet is an Indian virtual meeting app that can be used to conduct calls and meetings online. The app has already raised the funding $3 million during the pandemic. The app was developed by a Bengaluru-based company.

Google Meet is a virtual meeting app developed by Google. It can be used for video conferencing and calls. It can be a very good substitute for the Chinese meeting app Mi Video Call.

Apps like DU Battery Saver, Clean Master, Virus Cleaner, etc. are useless. No virus of any kind can ever attack any Android device or harm it in any way. Such apps only take the place of your RAM and may create more problems for the device. Never install such unnecessary apps.

Various other apps can be a great substitute for the Chineses apps as banned by the Central government.

The decision to ban the apps will be a great step for the local developers and creators to jam their feet at this time when the spirits of the entrepreneurs are at their lowest. The time is ripe and the Indian creators can use this opportunity to take the centre stage, finally. The creators can capture the digital market of the country which was in the grasp of the Chinese brands till now.

If you have an idea for any kind of app, this is the best time to get working and create the app. If you have any kind of doubt about the working or want to get an app developed according to your idea, you should contact a professional app development company.

SAG IPL is one of the leading app development companies in India providing top-of-the-line services for over a decade. They have the best team of experienced developers who can create an app according to your requirements.

They even recommend the best options and details for the app or website to provide the best result possible. If you wish to get in touch with the developers, contact them at 0141-4072000 or [email protected]. You can also Whatsapp them on +91 7023472073 to schedule a meeting. Happy to help you.