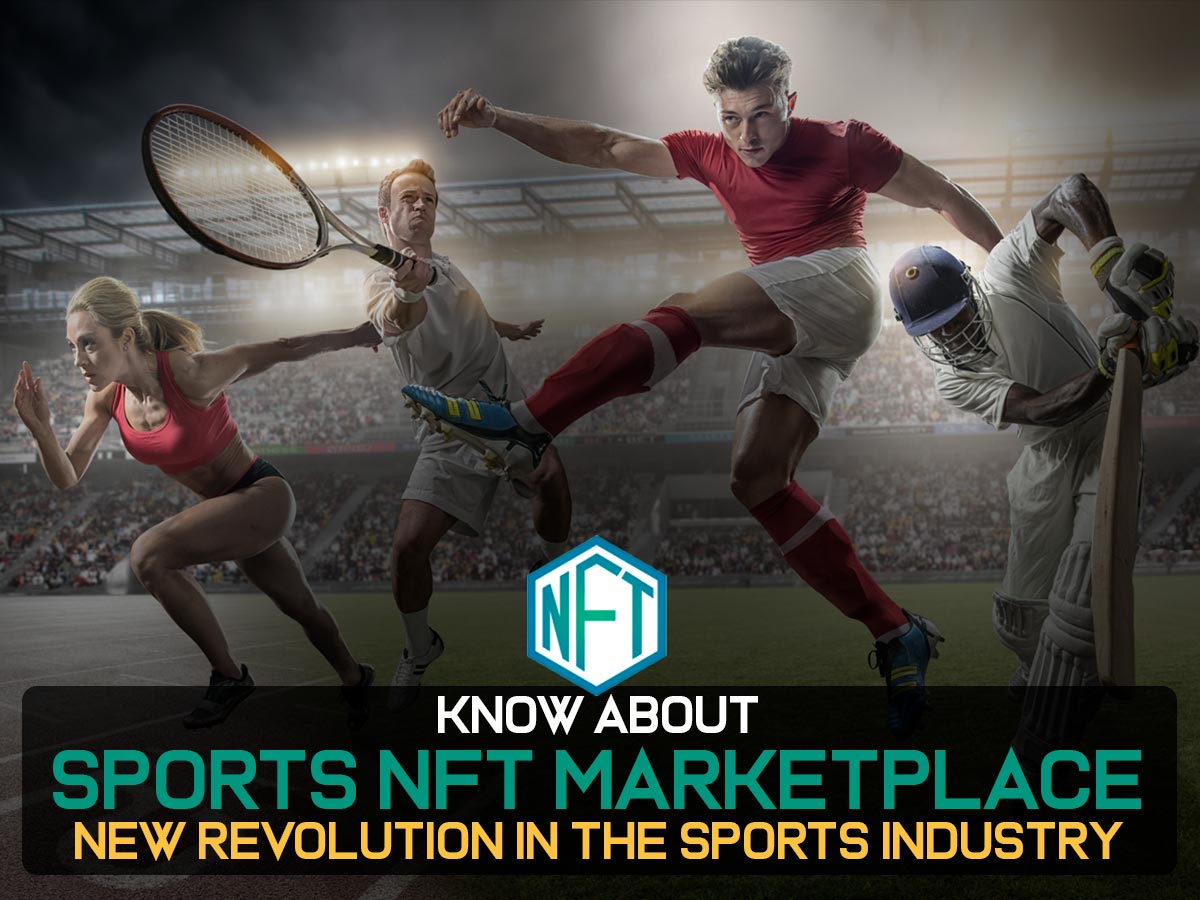 Sports is something that has a huge fan following across the globe. So, the world celebrates and cheers the team on the win of their favourite team whereas they support and motivate their team if they lose. People have always had an emotional space in terms of a game which may be Cricket, basketball, or Football. These are the games that have the highest fan following across the world.

The ultimate level of love and appreciation made the players into celebrities. Their every move was being noticed as well as they were given high emphasis and vogue.

In a recent incident, when Cristiano Ronaldo, who is already a legendary football player unknowingly put a bottle of water in front and put the cold drink down. This incident became an international topic of discussion.

At the moment, the NFT marketplace is known for trend-setting along with having a massive market cap model in recent times entering into the sports industry.

Therefore, the thought of bringing the game and its player a bit closer to fans and people who love sports would work?

Here we will guide you –

While we know that NFT is attached to Blockchain, that aids NFT to be more secure and decentralized as well. As the NFTs have specific and indivisible features create it as tamper-proof. However, there are many sports-based programs, hardest hits, memorable moments, superkicks, and other exclusive content that can be transferred into NFTs, as well as, can be carried into the NFT marketplace for the purpose of trade making. However, when NFTs are being included in sports, that becomes a serious business model as several users and people are there to trade with.

If you assume that you have a link move to a marketplace where you hold several premier objects about your favourite celebrity or sports player.

The Emergence of a Sports-based NFT marketplace

Across the globe, the National Basketball Association is one of the most popular Basketball associations. They finalized to eliminate the super rare moments, best emotional and defended moments from the video Tv coverages, which they licitly acquire. And later they begin to tokenize those video clips as particular NFT in their NFT marketplace which is known as NBA Top Shot. This too got noticed by several fans and people, and they began buying their own best moments.

However, the shares of the NBA Top Shot NFT marketplace emerge higher, and so on. After crossing the 1 million users across the market and managing the handling trading volume in over millions, more significantly their NBA Top Shot enhanced more specifically with a trek of 2627% comparatively to the end quarter.

LeBron is considered the star of all time as he is known as a dunk artist who too has performed in 1680 dunks so far. It is called one of the most heroic moments in the history of the NBA because of his Dunk in 2013. However, this moment is tossed as an NFT token at a price of about 250,000 US dollars.

Vince Carter is also known for three-pointers and is a legendary basketball player. However, the end three-pointer made prior to his retirement was tokenized for about 125,000$ in the NBA Top shot – In NBA a sports NFT marketplace. When Tommy beer who is a Forbes sports reporter tweeted about his retiral their three-pointer shows how exclusive it could be.

If Sports NFT marketplaces development relates to you then you are required to look after these advantages to get to the conclusion.

How do Sports NFTs Work?

While many collectables already exist – for example, baseball cards that excited fans can physically buy and continue to own, with NFTs all of them now exist on-chain as well.

Here are the examples of collectables that can be tokenized involves:

What do Sports NFTs intend to Solve?

NFT ( Non – fungible tokens) grip many blockchain details to upgrade your sports benefits in various ways. These include –

How did NFTs and Sports Match?

There are few fans out there who can explain the passion they hold for a sports organization, athlete, or team by the recapitulation of a similar excuse: For them, it is far more than a sport.

While there is some fact to this it is quite hard to convey the logic on behalf of such a declaration to those who are not in the sports world. In case of fond remembrance, a die-hard fan can recall the time of collecting and trading sports cards, all to make a collaboration of the rarest players.  After the enhancement of the NFT sports execution, all eager sports enthusiasts have one more squabble to support their love for one or more franchises, athletes, or teams.

How Do Non-Fungible Tokens & Crypto Play a Part?

NFT introduced a fresh variety of fandom where fans are offered numerous tools to consume in a highly mesmeric sporting world and, at that time, are also rewarded for their passion. NFTs are specific and also not duplicatable which is exactly the case for limited-edition sports collectables.

The limitation and certainty that blockchain provides are increasingly being seen as a way for sports teams to enhance fan interruption and make a more spirited economy that comes along with it.

After tokenizing trading cards or game moments, fans around the world can enter their favourite athletes and support their teams. Now, as never heard before fans can examine new earning potentials by legitimating their knowledge of the game and their words to franchises.

Cryptocurrencies enable fans to transform on NFTs Sports platforms with the facilities and have their proof of ownership certainly recorded on the blockchain. This access allows fans to exactly get the digital sports collectables in the address of their wallet. Apart from sports collections, Fantasy sports or sports betting are some other famous platforms that are also accessible via blockchain technology. 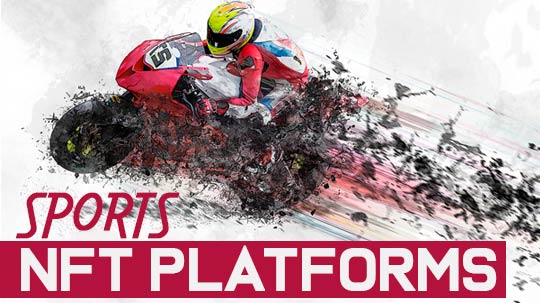 F1 Delta Time has built a blockchain ecosystem where Formula One fans can assemble NFT race tracks, cars, tires, and drivers. Such as Sorare, Time players of F1 Delta are not just putting these digital collectables for the fun purpose of it. The prime goal is to accomplish this in tournaments by utilizing NFT assets.

In order to build a limited edition of the digital video highlighting enigmatic NFL Moments of the finest plays of the season, Dapper Labs announced a partnership with The National Football League Players Association ( NFLPA) and with  National Football League (NFL). It is pushed to enhance NFL sports fandom to the next stage, by utilizing the Dapper Labs blockchain technology. Apart from Moments of the recent season, the league’s 300 million fans across the world, can assemble video clips of the plays in NFL back records, along with sports cards of NFL heroes of the latest and superior NFL players.

For the players who want to unlock more NFT cards and win Ether, Sorare has made a pack of NFT football trading cards which the players can utilize to make their fantasy team and contend. At the moment of writing, Sorare is legally licensed with moreover 150 football teams, which involves household names such as AC Milan, Real Madrid, and Juventus.

You will get a dividend of 2 from digital trading cards on Sorare. While the first one is what Sorare termed Commons, which are provided to you at the beginning of your playing career to make a team. Whereas the second set is tokenized cards with perfect supplies. The procedure takes place once you earn the points by tokenizing cards which you get by competing in the platform’s fantasy football tournament.

The Socios is known as an instant-raising NFT fandom place where users can purchase the fan token of their desired team to claim the authority of voting on specific team activities. Such as possessing fan tokens could give an offer of selecting the team’s playlist, the team bus design and the design of the warmup kit, etc.

In a certain way, the football team has started to understand the level of fan involvement that this solution provides. Hence, it is not anything beyond surprising that teams like Juventus, Manchester City, and Barcelona are assigning more decision-making liabilities to their fan token-holders. It is important to acknowledge that the more fan tokens you possess, the more your vote is evaluated.

For Korean baseball, the league Dugout is known as an NFT marketplace. Such as NBA Top Shots, you can gather finite editions of NFT – founded baseball cards of the Korean league highlights which could sell again in order to begin potential profits. For collecting the cards you can purchase either a pack of cards – and trust that you get the valuable NFT moments in the group – or purchase your best moments on the platform’s marketplace.

The NBA is considered one of the massive sports firms that called into the NFT craze By collaborating with Dapper Labs, the NBA has been able to bring special basketball moments to the Blockchain. The whole catalogue of collectables sold on NBA Top Shot is tokenized clips of basketball highlights.

There are tons of NFT development company in the market, they all have their own qualities, services,  and unique features. SAG IPL is one of them, the company has years of experience in development work. Blockchain development, token development, exchange development, and now NFT development as well are some of the services this company is well-known for. If you are a business owner or managing operations and looking for a company for sports NFT marketplace development, you can freely contact SAG IPL for affordable services.

Also Read: NFT Development And How Important It Is For Metaverse NFT Marketplace?