It has never been an easy task to get started as an iOS app developer, still, Apple is continuously working to make iOS developing easier to develop apps and games for iPhone, iPads, and Apple Watch.

Company’s Swift programming language, Xcode 7 development environment, and tools like Metal help you in a very efficient way to develop a game or an application on the iOS platform.

It may seem like a bit challenging task to code your own game or application, but thanks to Apple, it’s not as tough as you think. Currently, there are many resources available, which will help you out to become an India game developer or an application developer.

If you are planning to become a professional iOS app developer and land a job on that basis, you need to learn some programming. However, if you are only looking to develop a simple iOS app for personal use, you can use one of the iPhone development tools available on the internet.

Let us see some basic points, which will help you in getting started as an iOS App developer.

It is still possible to develop iOS apps without owning a Mac and/or iPhone. There are tools like Mac in Cloud and Hackintosh that will let you develop for iOS virtually.

But if you desire to become a serious iPhone developer, you should consider buying a Mac and iPhone, if you don’t already have these devices. You can buy a second-hand device from eBay or any other site that fits your budget.

To get started, you need to head over to the Apple Developer Connection, and click on Member Center and Register. Registering as an Apple Developer, you will get access to support materials, and you will also be allowed to register iOS devices to Apple for testing applications.

If you are a single developer, you can sign in with your own Apple ID, but if you are developing for a company then it is recommended to create an Apple ID just for the developer account. 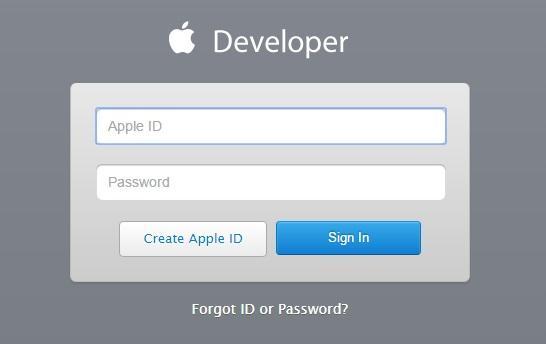 The user does not have to pay for signing up and register as a developer, so, you can simply just sign up and get access to all the developer tools for the current retail version of iOS.

The basic registration will only allow you to develop and test an application, but to sell an application, you will need to sign up with Apple for membership, which comes at GBP 69 per year. Apple Developer Membership will also provide you access to beta versions of the software.

iOS development is not possible without the knowledge of a programming language. So, where to start?

Don’t worry!!  The two most basic languages you need to learn to develop in iOS are Objective-C and Swift. If you already know these, good for you. But even if you do not have any idea of any programming or coding, you need not worry as there are many great resources online where you can learn to code. 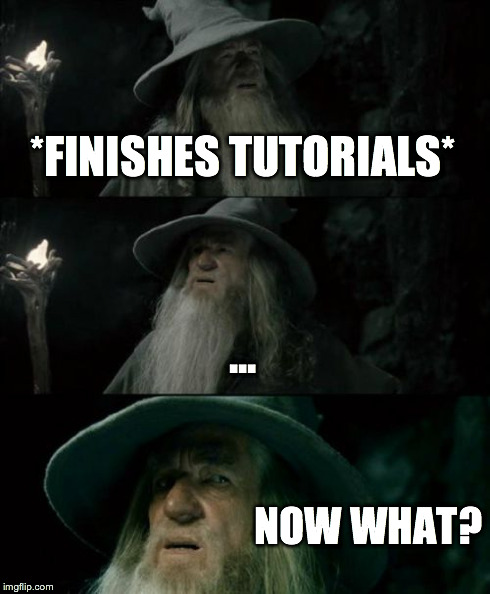 Now that you know the language and own a Mac as well, it is time to start learning to build an app. To do this, you will need a good development platform (IDE) for developing iOS apps.

Xcode is one of the most popular software used for the purpose.

The software can be downloaded from the Mac store and is free to use. It is a complete iOS development tool which allows you to write and edit code, draw and design your app, debug and test the app and more.

There are many sites like AppCoda and Ray Wenderlich, where you can learn app development from the beginning. Since you already have programming knowledge now, it won’t be much difficult to learn to build an actual application for iOS platform.

During the learning phase, you need to try building existing apps as you can find in these tutorials. Try building simple iPhone apps like a calculator app, a weather app and more. Practice as much and as often as you can.

Once you are proficient in creating general-purpose iOS apps, you are ready to develop your first custom iPhone app. It should involve the following steps.

Of course, you need to pick an idea for an app you want to build and that doesn’t already exist. Spend some time researching to find a suitable idea for the app and when you find it, do not waste time. Instead of trying to build an all-in-one app, you should start small.

2. Define the Scope of the app

Before you start creating the app, you should define the core functionalities you want in the app. You can also call this the planning phase. 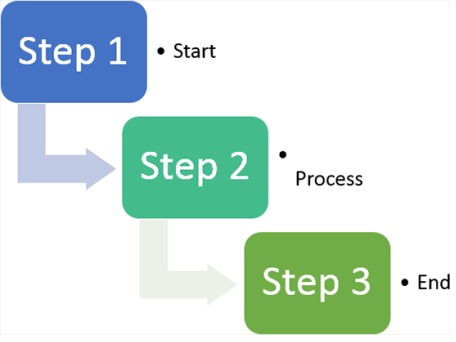 Also, define how you want to proceed with each step and how long will it take to create the app.

The next step will involve you making the rough sketch or structure or wireframe of the app. This should involve all the pages, features, options, menus, layout, graphics, button, pics and everything else you want in the app. 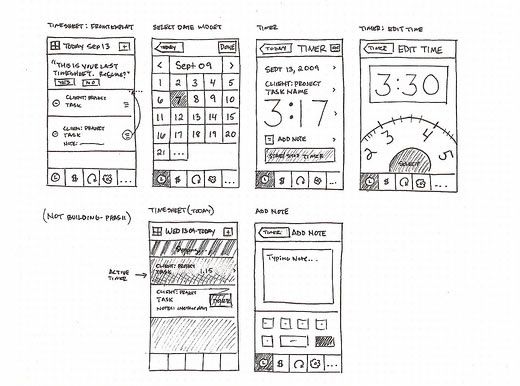 You can do this on the paper or on your Mac. Basically, it should tell a developer exactly how the app should be.

The navigation or flow of the app will decide how a user moves into the app, from one page or option to another.

If your app needs a database, it’s one of the first things you should build. The database should be created based on the type of data your app will use. 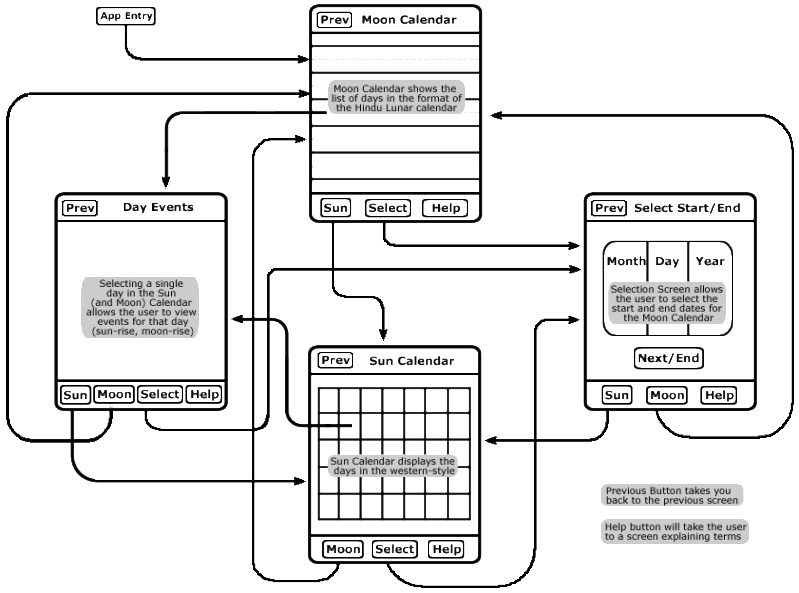 If you are planning to integrate a custom UI in your first app, you should get it done in this step.

Or you can get a free design from – http://ui-cloud.com/tag/apple/

To power the functionality of your iOS mobile app. Make sure to design a UX wireframe first and then, write code accordingly.

You can research on the internet or take help from other developers and coding platforms for a particular problem. You’ll also find a lot of existing code online that you can use in your own application.

Some developers prefer to write a test first even before they start writing the actual app code.

Ideally, you should spend more time in testing your code than writing it. 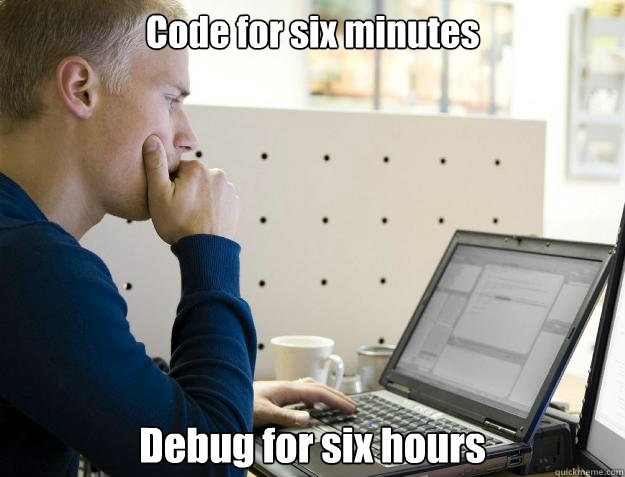 Debugging can be tough… Good Luck with that!!

Your first iOS app can be as simple and small as it gets. The basic thing is to create something from scratch. You can add more features and functionalities later on. So, start building your app now.

If getting stuck get help from these

There are many free app development tools and platforms that can help you a lot during the development phase of your iOS apps. Take a look at some of these tools below.

And do not be discouraged even if your first iOS app doesn’t turn out to be what you expected. Remember that you are still in the learning phase. You’ll get there eventually, given that you keep practicing and do not quit. And if that doesn’t work out, you can always hire an iOS developer for the job.

Once your app is ready for the world, you can upload it to the App Store so that everyone can see and use it and review it.

Publishing your app on the App Store will cost you a few bucks. You can choose to do it or not based on how confident you are in the app. If not, you can at least show it around to your friends or promote on free app marketplaces.

Also, you can easily submit it to Apple with the help of iTunes Connect. One thing you should keep in mind while submitting your application is that Apple has a comprehensive guide for submitting apps. The company used to take almost a week to get an application approved, but now Apple claims that its process gets completed within 24 hours of a time period.

Know why apps get reject from apple app store.. Get Improve!!

Moreover, you should also remember that the silicon valley based organization often rejects an application for any small or big reason. The reason could be anything either because of the use of undocumented SDK features or because of worries about nudity and pornography.

Remember that you’ve just started with app development, and you are still in the beginning phase. Learn as much about software development and coding as you can, and keep learning.

Even if you do not have a degree in software development, you can learn almost everything online and end up getting a good job in the field.

SAG IPL as iPhone App Development Company provides you with the opportunity to get connected with coders in your area, heading over to say hello. Other social networking platforms like Linkedin can also be proved very useful if you have financial backing for your project.