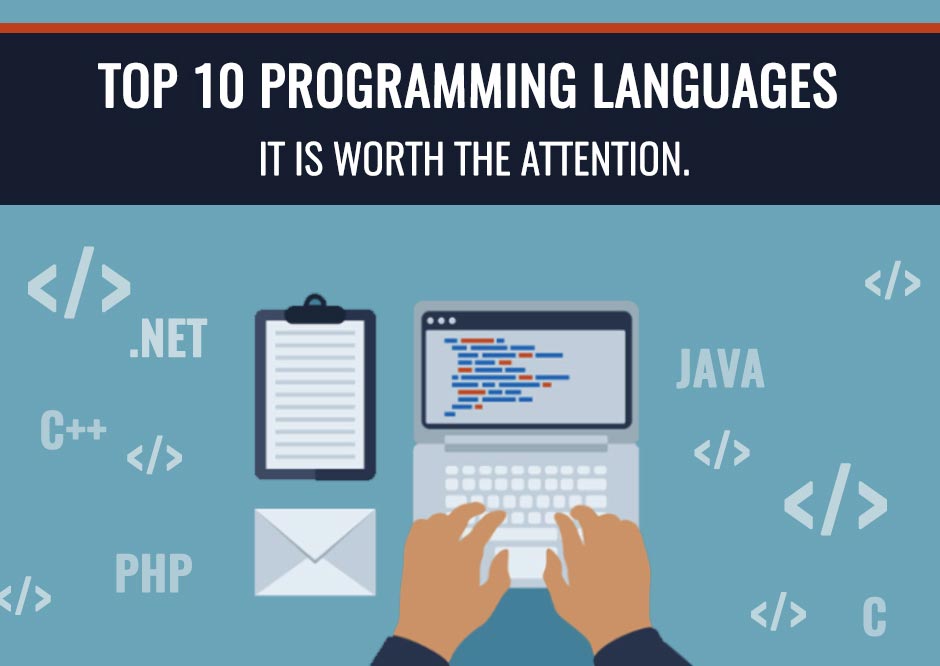 The programming language is the hidden feature behind every software, web, and digital application we use these days.

There are many top programming languages out there and new ones are emerging constantly.

“It has always been a matter of competition as to which programming language is the most popular and which one is not so much.”

In this article, we have tried to sort out the top 10 programming languages of 2023, so far, based on the data from different metrics, such as popularity, trends, career prospects, open-source, etc.

It is important for web developers and programmers to know about the latest trending and new emerging languages in order to keep themselves updated with the latest industry trends.

Also, read what best programming languages for your next mobile application development

Recently IEEE spectrum comes with the ranking sheet of top programming languages in 2023 according to their popularity – Programming Languages Popularity. 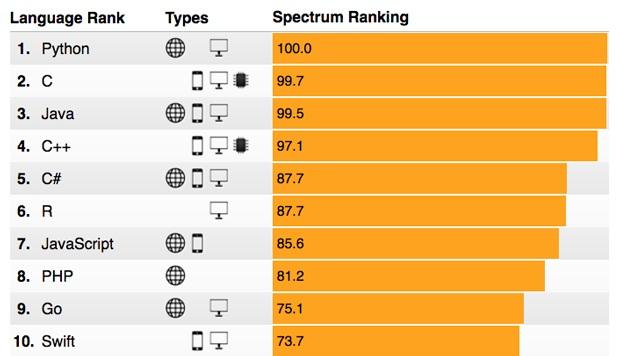 << Hire The Best Programmers for Website and Mobile App >>

TypeScript is a new programming language that was developed by Microsoft. TypeScript differs from other languages ​​in that it allows you to write code in a more concise and organized manner. This makes TypeScript a good choice for programmers who want to create code that is easy to read and maintain.

One of the advantages of using TypeScript is that it allows you to code in a more modern style. For example, TypeScript supports features such as type inference and type guards. This means you can write code more quickly and without worrying about types.

Rust is unique in that it has a garbage collector that automatically reclaims memory from unused objects. This makes it a fast and memory-efficient language. Rust also has a strong community that provides support and develops libraries.

Kotlin is a new programming language released by JetBrains in January 2017. It is a statically typed language that runs on the Java Virtual Machine. Kotlin is designed to be concise, expressive, and fun to use.

Kotlin is a general-purpose programming language that runs on the Java Virtual Machine. It’s designed to be concise, expressive, and fun to use. Kotlin is 100% interoperable with Java, so you can use an existing code base. Kotlin also has a powerful type system, which makes it a good choice for developing robust and reliable applications.

One of the major advantages of Kotlin is its null safety feature. This means that Kotlin will not allow you to create variables that can contain null values. This eliminates the risk of NullPointerExceptions in your codebase.

Another major advantage of Kotlin is its interoperability with Java. This means you can use an existing code base, and Kotlin will work with all the tools and libraries you’re familiar with.

Perl is a High-level Programming Language

Perl is a high-level, interpreted, general-purpose programming language. It was created in 1987 by Larry Wall. Perl is used for web programming, system administration, network programming, and script development.

Perl is powerful, efficient, and easy to learn. It has an extensive API and support for Unix, Windows and MacOS. Perl is a popular choice for web programming, system administration, network programming, and script development.

Objective-C is a powerful and versatile programming language used in a wide range of applications such as mobile apps, desktop apps and games. It is based on the C language and is designed to be a powerful and fast language for developing cross-platform applications.

One of the major advantages of using Objective-C is that it is object-oriented. This means that it provides a well-defined structure for developing programs, making it easier to understand and manage. Additionally, Objective-C is feature-rich, allowing developers to build sophisticated and powerful applications.

There is also one major disadvantage of using Objective-C is that it is a difficult language to learn. However, with a little persistence, it is possible to become proficient in using Objective-C.

10 Most Demanding Programming Language In the Future 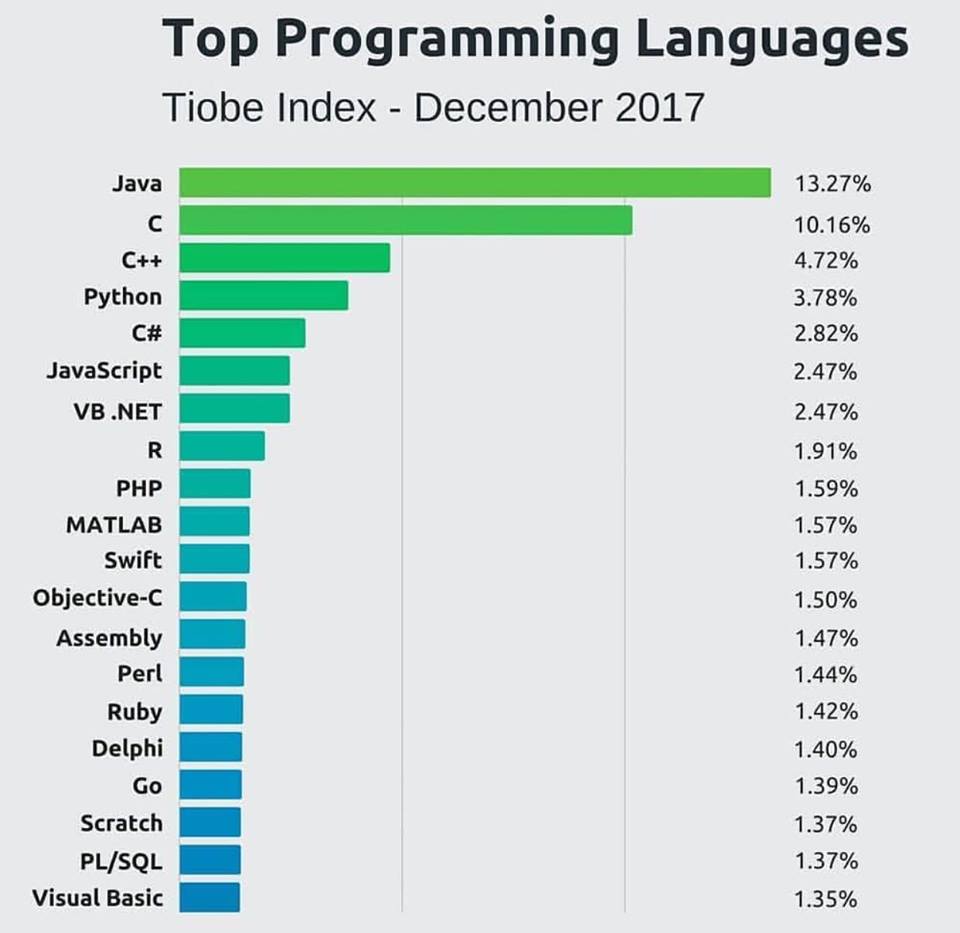 Java, which is an open-source language used to create server-side applications, has been in large demand because of its applications in the development of apps for the web, mobile and smart devices.

It is the primary Java language choice for mobile developers with many wonderful apps like Temple Run, Angry Birds, and Candy Crush Saga developed in Java language.

Even many government agencies and Fortune 500 firms prefer to use Java due to its robust and secure nature.

Python, which is an open-source, dynamic programming language, has registered most of its growth only in the past few years.

The language is mainly popular because of its easy-to-learn and reads coding structure, especially the Whitespace indentation feature.

Python is considered one of the most suitable programming languages for beginners as it is very user-friendly.

It is also suitable for web development, 3D rendering, and scientific computing. 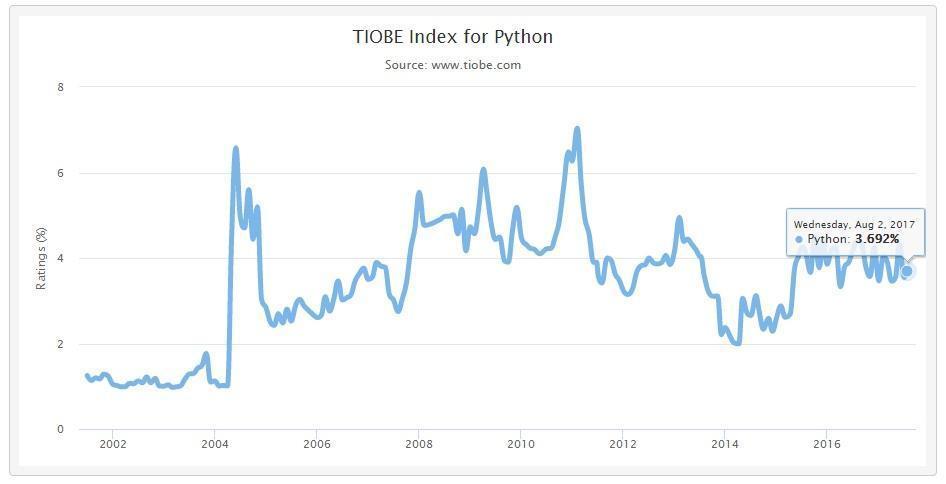 It is a scripting language primarily used for developing dynamic websites. It is an open-source language and creates server-side scripts.

PHP is widely popular because it is easy to learn, and independent of platform and OS. New programmers can quickly learn web development in PHP.

It was first developed as a web development language but is now used as a general-purpose programming language for various tasks.

PHP has been so far used in the development of over 200 million websites, including the likes of Facebook, WordPress, and Yahoo. 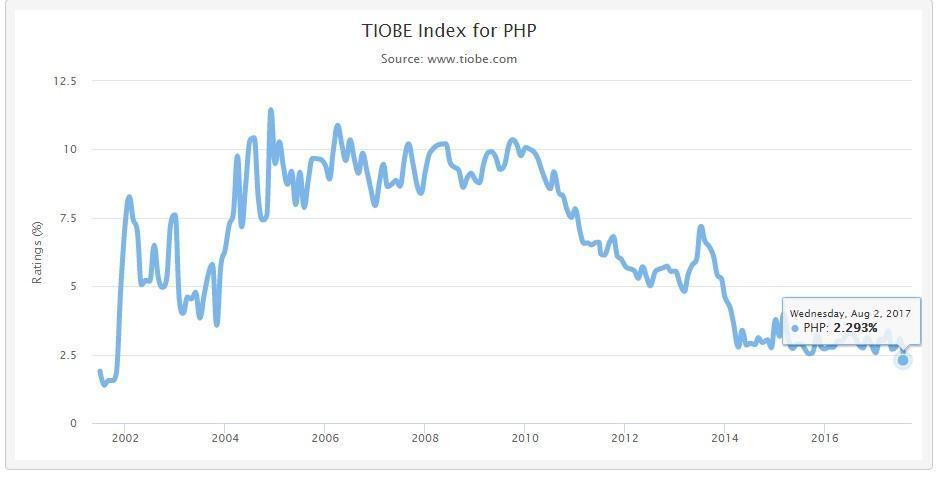 JavaScript is a web development language that is mainly known for dynamically adding interactive elements to web applications and browsers. Many developers prefer JavaScript for front-end development.

It can also be used to create animations and control the web interface. Another benefit is its support for all modern browsers.

JavaScript can also be used for backend development with the help of Node.js. 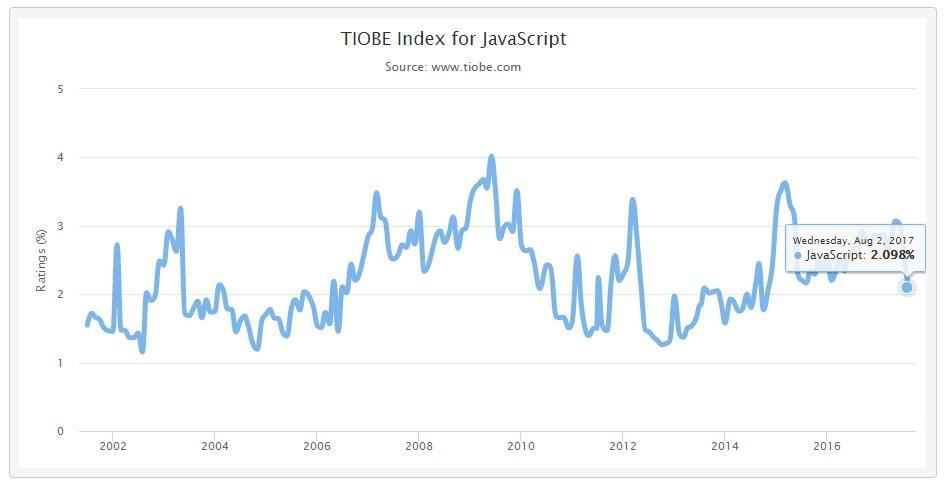 C, which is one of the oldest programming languages, is good for writing software and application codes. It is known for creating high-performance computing and embedded systems where speed and flexibility are needed.

Many modern languages such as C++, Java, and Python are said to have originated from C.

It also makes the path to learning modern languages like C++ and PHP easier. C is also considered to be the base of many popular operating systems including Linux, Windows, and OSX.

Other notable features include flexibility of use, easy memory management, and strong coding support. 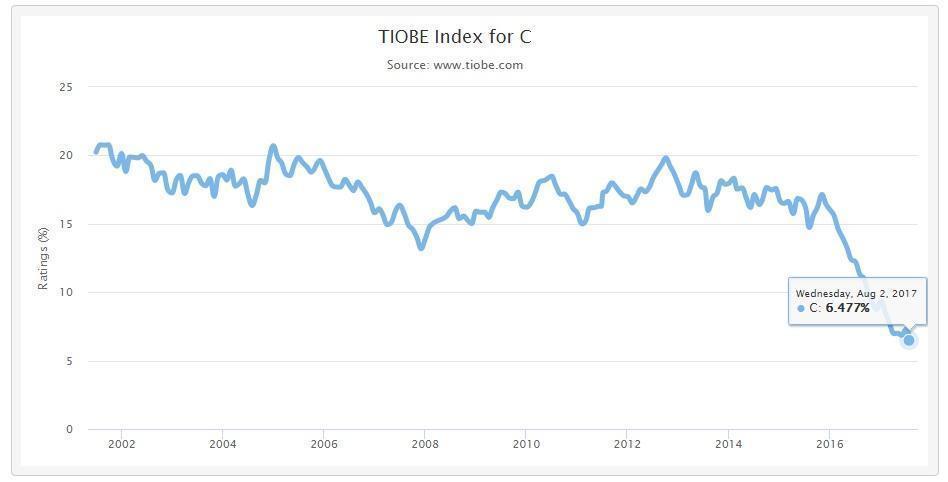 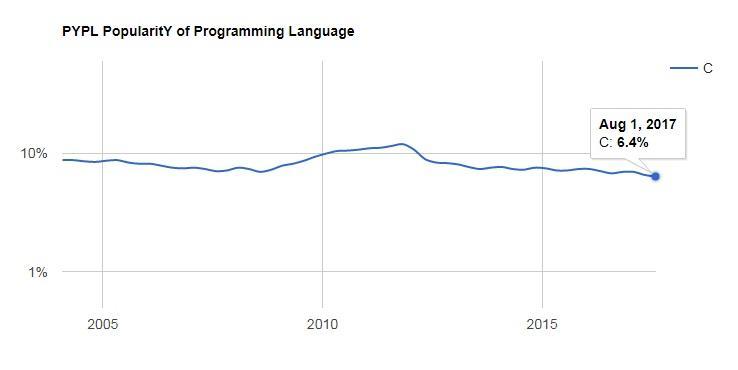 C++ is an object-oriented programming language developed from C. The main difference between the two is that C++ supports the use of “objects.” This makes C++ a natural choice for the development of GUI and graphics-based software.

Many popular graphics-based applications and games including Fifa, Halo, and Call of Duty have been developed in C++ language. 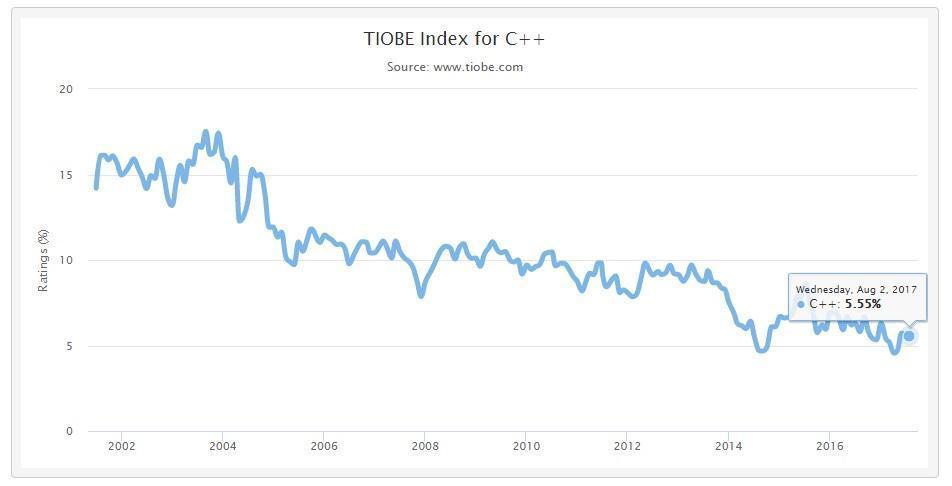 The language was first introduced in 1995 to allow the programming of complex statistical analysis and visual graphics applications.

The name “R” was derived from the first letter of its developers’ names.

Since it is an open-source language, it is available for free download and supports a number of robust features.

It runs on all major operating systems including Linux, Windows, and macOS. 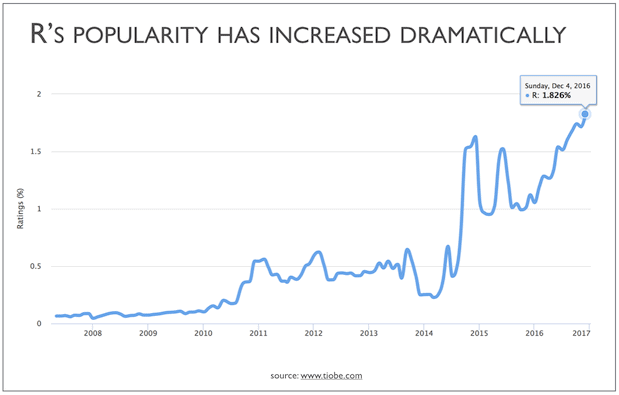 C# was developed by Microsoft to provide coding support for its .Net framework. It is an object-oriented programming language developed to contain the functionalities of both C and C++.

The language is used for various Microsoft applications and programs that are based on .Net frameworks, like Bing, Windows, and MSN.

It is also generally used for the development of server-side applications and Windows software. 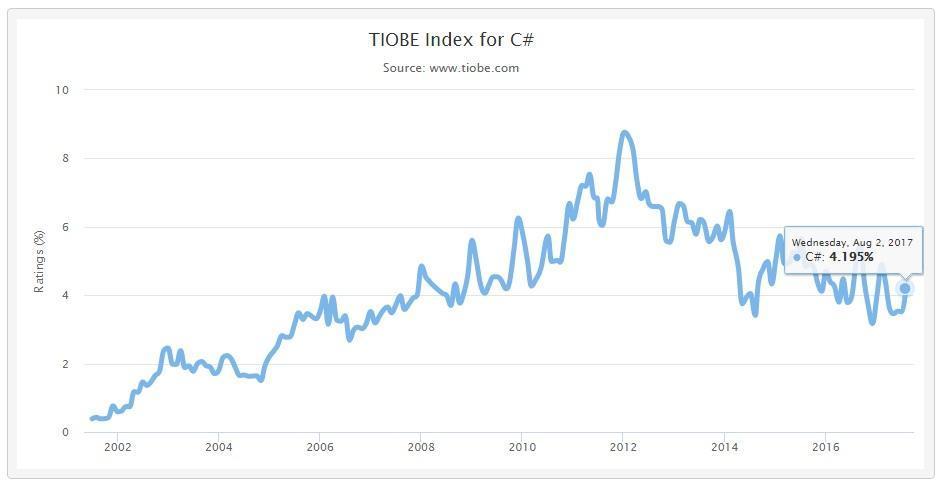 Swift is a rather new language that was introduced by Apple in 2014 for iOS and OS X application development.

Since it adopts the features of Objective-C and C languages, it makes the perfect platform for creating an intuitive app.

It is simple yet powerful. Soon after its launch, it has become an obvious choice for developing intuitive apps. 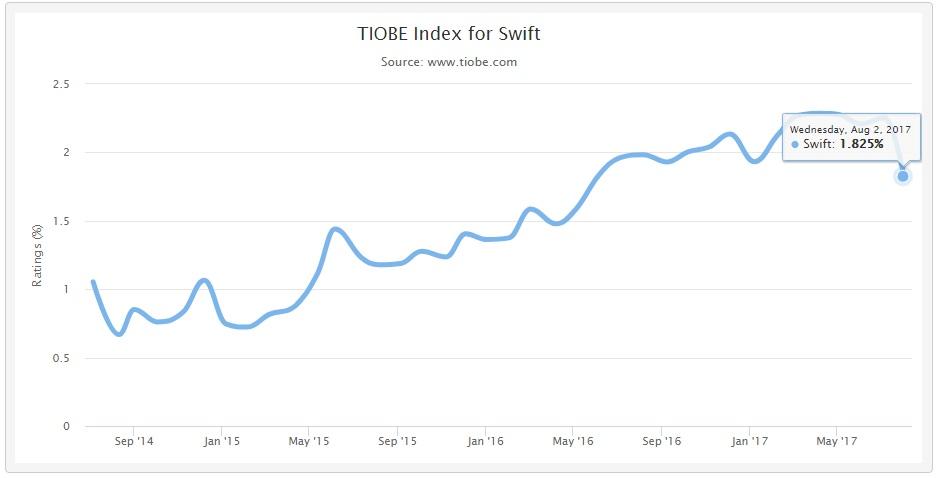 Go is a comparatively less-heard but equally popular open-source programming language that was developed by Google in 2007.

It automatically provides support for programs that may exchange information while running simultaneously on different computers.

It is also one of the fastest-growing programming languages of the past few years.

Some of its features include memory management, C-like semantics, high performance, and modern data structure support. 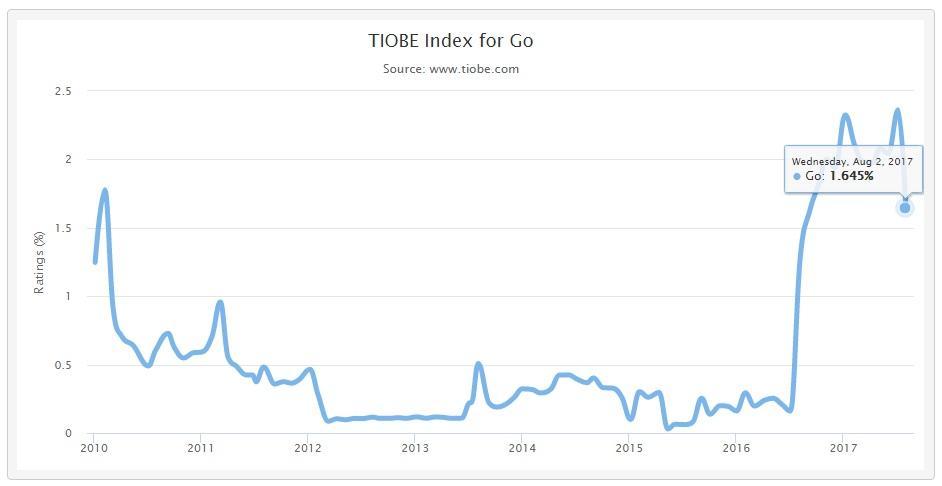 If you are looking for the right language to start your programming career, it would be wise to consider all the aspects of development before choosing a language.

Thanks for reading the Top 10 Programming Languages. If you have any issue related to the content or information on this blog or you want to share a suggestion then feel free to leave a comment below. One of our team members will revert you back as soon as possible.

If you are interested in our web and mobile app development services then kindly contact us using the form provided in the header and sidebar sections, and our project manager will be in touch with you soon.