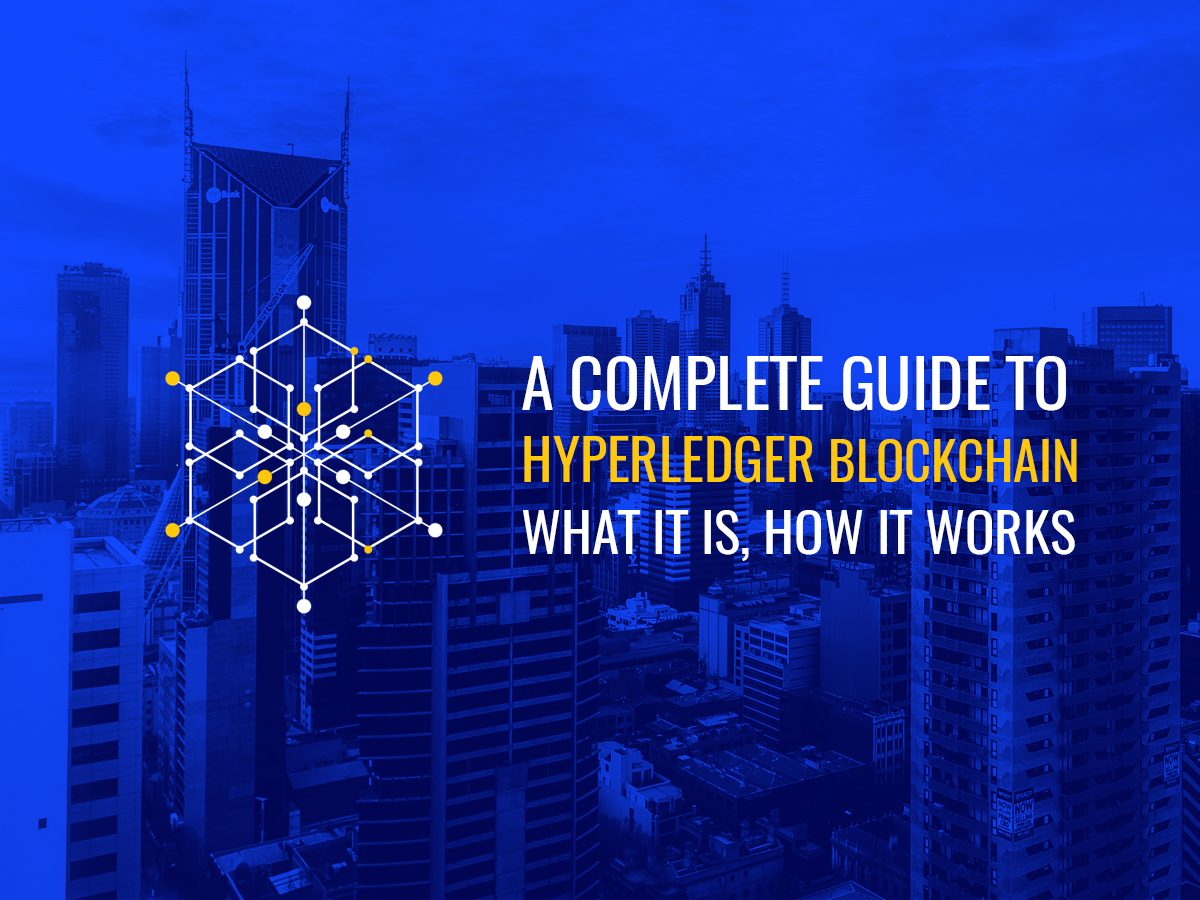 What is Hyperledger Blockchain? Hyperledger is a blockchain project by the Linux Foundation. You can consider Hyperledger a type of platform which was created to advance open industrial blockchain development.

Over the years, many tutorials have been developed to teach Hyperledger to those who are interested in this non-currency blockchain tech and want to leverage its benefits. This guide aims to do the same but in an easier and more comprehensive manner.

How Hyperledger works – Let’s start with the basics in this Hyperledger blockchain guide.

What is Hyperledger in Blockchain? Why was it needed?

Hyperledger blockchain can be understood as an umbrella project, which was started by the Linux Foundation (Yes, the same company behind your favorite Linux OS) in December 2015 as a hub for the collaborative development of open-source blockchain applications and distributed ledgers.

The purpose behind the creation of Hyperledger was to advance the development and popularity of cross-industry blockchain technologies.

It is supported by big organizations like IBM and others in a range of industries including finance, IoT, banking, manufacturing, etc.

One thing to understand here is that Hyperledger was created specifically to support and promote the development of blockchain technology, and not of any cryptocurrency.

According to the Hyperledger website, Blockchains have the power to revolutionize digital transactions by instilling trust, transparency, and reliability. It was developed just to fully realize that potential.

Hyperledger blockchain has grown impressively over time, and today, it hosts over 100 members, including industry leaders like IBM, Nokia, and Samsung, who all meet regularly to coordinate for developing futuristic blockchain frameworks.

Another thing you should know about Hyperledger is that it doesn’t have its own cryptocurrency, and probably never will.

This clearly indicates the goal of Hyperledger, which is to build strong industrial apps on blockchain technology while keeping itself separate from the creating cryptocurrency part.

According to the Hyperledger website, the mission of the platform is to “create an enterprise-grade, open-source distributed ledger framework, and codebase.” With this, it wants to create and promote an open blockchain environment.

Moving on to a less-boring subject, let’s discuss some Hyperledger projects that have been (or being) developed as a part of the Hyperledger initiative.

Projects by Hyperledger and Its Member Organizations

It has been over 3 years since Hyperledger was founded, and in these years, a number of different Hyperledger projects, frameworks, interfaces, and applications have surfaced the internet under the umbrella of Hyperledger. Here are a few:

Hyperledger Sawtooth is an enterprise suite created by Intel for making it easier and convenient for organizations to build, deploy and manage blockchain-based distributed ledgers.

With use cases in multiple industries including finance and IoT, Sawtooth provides support for the development and deployment of both permissioned and permissionless blockchain applications.

The philosophy behind the design of Sawtooth was to build distributed ledgers and safe smart contracts to be used by enterprises.

Sawtooth aims to simplify the development of blockchain apps by separating the application domain from the core system.

Developers, in order to build a blockchain application, need not be familiar with the core design. They can simply develop the application by defining their own rules and using any language of choice.

Modularity is one of the major qualities of Sawtooth, which enables businesses and enterprises to develop applications making their own customized policy decisions.

For instance, an application developed on Sawtooth is independent to choose its permissioning, transaction rules as well as the consensus algorithm that best fits its business needs.

This also ensures that all nodes in the network have the same information at any point in time, which makes it impossible to alter the information without everyone knowing it. Blockchain is the most commonly known example of distributed ledgers.

All distributed ledgers are powered by a specific consensus mechanism (rules of operation) which further strengthens the security of the network by establishing an “adversarial trust” among the participants.

Sawtooth has been already tested in a number of applications. One example of this is the Sawtooth supply chain, which can be used for tracing the origin as well as the current status of any asset in a transaction.

Another application of Sawtooth was seen in the form of a marketplace that allows the exchange of specific assets between users in a blockchain.

What is an STO? Why Security Token Offering is in Trend for Fundraise!

IBM’s Fabric might just be one of the most interesting projects in the Hyperledger blockchain ecosystem. Similar to Sawtooth, it follows the modular architecture which provides a platform for the development of advanced blockchain solutions.

The Fabric was designed by IBM as an open-source blockchain to be used by businesses.

Hyperledger Fabric provides a platform for developing blockchain applications with a modular architecture.

What it means is the system allows components to be used in a plug-and-play mechanism.

IBM’s Hyperledger Fabric is being widely experimented with by enterprises looking to integrate blockchain into their systems.

It enables a network of networks for organizations to increase their performance while protecting their privacy.

Hyperledger Fabric operates under the philosophy of open governance and open-source, allowing businesses to instill trust, transparency, and reliability in their operations like never before.

Owing to the high interoperability of Fabric, IBM is continuously building and launching new applications on this platform.

IBM blockchain is the best real-world example of this, which enables developers to create and host secure blockchain applications/networks on the IBM Cloud.

Also, the company has reportedly partnered with Natixis and Trafigura for developing a Fabric-based blockchain for commodity trading of US crude oil, effectively digitizing the overall crude oil transactions for better security, transparency, and efficiency.

Hyperledger Iroha: Developed by a couple of companies based in Japan, it is a platform that allows developers to build advanced blockchain frameworks.

Hyperledger Burrow: The project involves the development of a permission smart contract in line with the features of Ethereum.

Hyperledger Indy: The project consists of tools and libraries for blockchain digital identities.

Hyperledger Cello: A model for deployment of blockchain as a service.

Hyperledger blockchain is still in its early ages, where it is being experimented with by different organizations for sustainability and usability.

Still, projects like IBM Fabric have proven that the system can be relied upon for developing modern blockchain applications and frameworks, especially for enterprises.

Since Hyperledger is built with a focus on utilizing the non-monetary aspect of blockchain technology, it presents a great platform for developing high-grade blockchain applications for various industries.

Looking to develop your own blockchain application on Hyperledger?

Have a question or suggestion about this blog? Feel free to write in the comment section below. Do share our article with more of your friends or colleagues who want to know about the Hyperledger system.