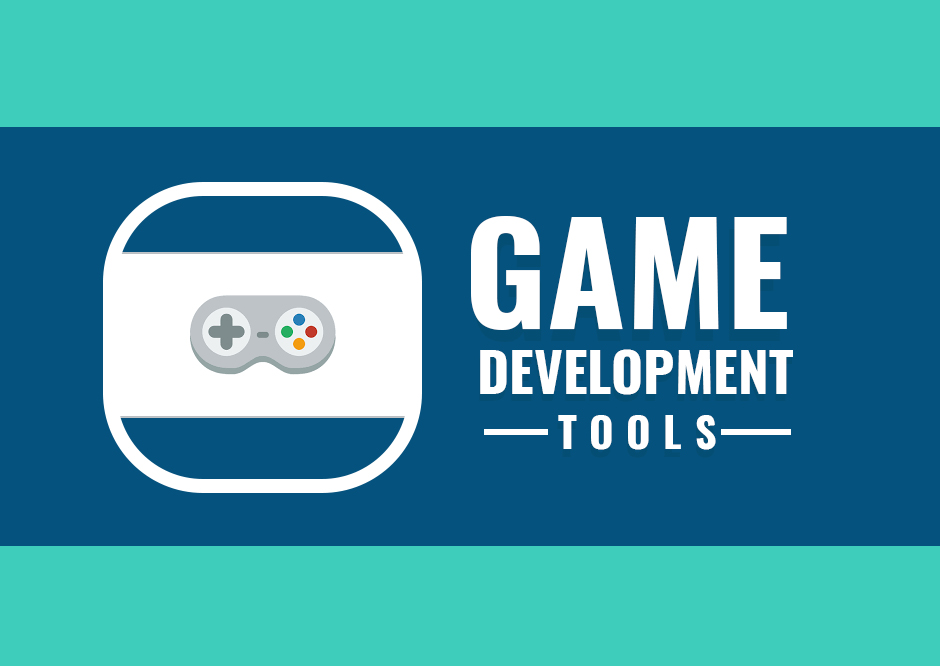 Nobody in this industry knows what they’re doing, we just have a gut assumption based on the games that we can play. – Cliff Bleszinski

Gaming is just not a game. And it’s not just a kid’s thing, The most of game players’ age is 35 years old…Shocking!!! Right?

We have come up with the best game development tools and engines for 2022. Be sure to comment below and let us know which one is the best gaming engine according to you.

For beginners and game developers, it has been never easier to create gaming tools without the programming language.

But nowadays several game development tools are available online through which developers can create games easily and quickly.

Looking for new application ideas? Here are the 101 app ideas that need to be made!!

Construct 2 is a gaming tool which helps users to create specifically 2D games. HTML 5-based tool allows beginners to create the game without any knowledge of programming as well as it doesn’t require any coding.

Through this tool, the teacher can guide animation, design and game logic of their students.

Construct 2 Gaming Tool, has been used by professional developers to create games for Android and iOS platforms.

Construct 2, has been loaded with features like movements, fade, platforms, path- findings and many other facilities which guide beginners in creating gaming tools.

Through this, you can view your game on the internet but before the compilation and it saves time.

Likewise, to other gaming tools, construct 2 comes up with a simple visual interface which helps beginners in creating games easily.

Once you created the game, you can put it on several platforms and formats such as HTML5, Windows Store, Chrome Web Store, or Facebook without changing the code with a paid version, users can also publish games on Android, Linux, Windows, and Mac.

Here is the facility where developers can import drag and drop objects, and design levels and add behaviour or effects.

This gaming tool has a spectacular visual effects, such as pixels-shader effects, blend modes, and particle systems.

Construct 2 is one of the effective gaming tools that beginners and developers must try once in their life.

<< Get Your Virtual Reality Game App at Cost-Effective Price>> 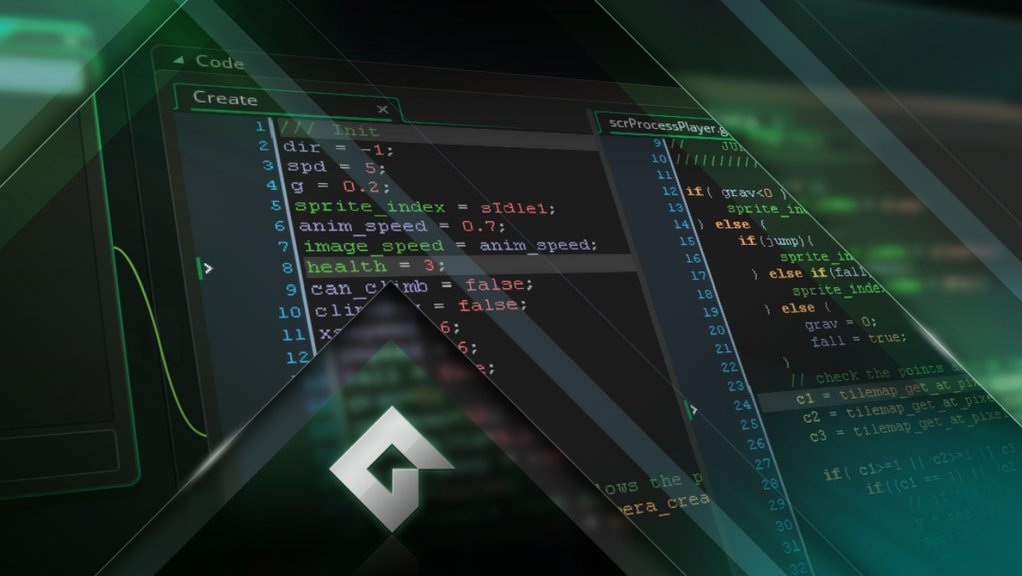 This development tool has everything that a developer looks for and comes with innovative features such as real-time analytics, multi-player networking, source control, and extensibility through third-party extensions. It is also loaded with built-in editors for animations, images, and shades.

For professionals, this game development tool comes with a powerful programming language, while for newbie game developers there is a drag-and-drop interface, as coding is not required while creating games.

Once the developer creates the game, he is able to publish it on several platforms such as Windows, iOS, Linux and much more without disturbing the code.

The free version of Game Maker: Studio supports only Windows platforms whereas the paid version supports on several platforms such as HTML5, iOS, and Android.

Some of the popular games offered by Game Maker such as Murder in Hotel Lisbon (PC), Aces of Luftwaffe (Android) and Spelunky (PC).

Still Confused Why You Should Invest in Mobile App Development?? Read this top 25 Reasons

This gaming tool has everything that a developer requires to create 2D or 3D games as it supports both 3D as well as 2D games.

Once you created the game, you can use it on several platforms such as Android, Windows, iOS, Mac, WebGL, Facebook, Linux and all types of VR Systems such as Oculus Rift, Steam VR and gaming platforms such as XB1, Switch, PS4 and Wii U. \Several tutorials are available on Unity website including how to use this development tool and also it has a great community to assist professional game developers and beginners.

It features powerful tools like Timeline and Cinemachine, which enables the artist to make impressive cinematic content and gameplay sequences without any engineering requirement.

This gaming development tool has a large collection of game assets which are available in free and paid versions.

You can set up a Cinemachine Confiner to save yourself the hassle of dealing with cameras moving too far out your scene! #unity3d #unitytips pic.twitter.com/ncQHgOf284

The Unity Gaming Development Tool is available in both paid and free versions. The user can choose any of the versions as per their requirements.

For using the Unity gaming tool, you will be required to know C++ Programming Language.

The best part is that Unity Software has been widely used by game developers, professionals and beginners.

<< Wants to Develop a Board Game Application? Contact us >>

ClickTeam Fusion 2.5 is designed for advanced game developers but doesn’t mean that it requires complex coding while creating games. It has been never easier to create gaming tools with less coding.

Through this, developers will require less coding at the time of creating the game.

As such no complex programming language will require learning this, anyone including beginners and game developers can program easily with Clickteam Fusion 2.5 on the go.

Even you can learn the basics within a few hours and create games easily.

Developers can avail the benefit of hardware acceleration, through this developers will be able to create games faster and quicker.

The free version of this software tool will be available in the near future. The biggest advantage is that users will have to purchase individual software for Android and iOS versions and currently free version is not available.

GameFroot is a completely online gaming tool. It has built a community where game creators and enthusiasts can share and discuss their effective ideas.

This online software tool encourages gamers and professional developers for creating web, mobile and HTML5 games. Several tutorials are available on its website which show how to use this gaming tool.

GameFroot is a great online software for creating pixelated games. If a user wants to monetize their game, he will have to pay money, get knowledge from learning sources such as tutorials, and guides and publish games on Google PlayStore and AppStore.

Run For It is an insane @DOOM mod that gives every single object legs https://t.co/HhLRMAKqzI pic.twitter.com/AleA0OQNE8

Students, Community Groups, and Families can take the advantage of GameFront and can create games easily with the help of tutorials and guides.

It is suggested that you first try the free version of this if a creator is satisfied with the features, services, and interface then he can move to the paid version.

Sploder is an online gaming development tool. Through this, beginners and game developers will be able to create web-based games by using a combination of toolsets without any programming language.

Anyone can create their own platform games such as retro arcade games, complex physics-based puzzle games, and space adventures or shooters.

For creating games online with the help of Sploder you will require only good imagination and creative skills. It is available in free versions.

It features a graphics editor which helps in creating pixelated characters. The Developers can take the advantage of separate physics game creators for making physics-based games.

Sploder is an excellent platform where an individual can create a game of their own choice. It does not have a feature of app monetization as well as the creator will be unable to publish games on the mobile market.

Developers and game creators can publish their games on their own website, Facebook or myspace profile and share the link with other members for ratings and reviews.

Similar to Unity, Godot supports in creation of both types of games 2D as well as 3D games. Godot is an excellent, feature-compact, multi-platform 2D and 3D open-source game engine.

The 2D aspect of the engine was designed carefully by the team members of Godot resulting in better performance and fewer technical bugs.

It is offering a large set of common tools, so the developer is able to focus on creating games without creating the code.

With the help of tutorials, you can easily use Godot Gaming Development Tool and it doesn’t require any coding.

Godot Engine comes with drag- and- drop interface to maintain scene elements, but all of those elements will spread with the help of an inbuilt scripting system that used a custom Python-like language called GDScript.

Hooray for side-projects! Working on a 3D remake of one of my older games. Powered by #GodotEngine 3.0 🙂#screenshotsaturday #indiedev pic.twitter.com/HiAzt91AAs

Once you created the game, you can import it on several platforms such as Windows, Mac, Linux, HTML5 and iOS. Godot is the only gaming tool which is available in the free version as it gets registered under the MIT License.

Even developers can download the engine’s source code and change it as per their requirements.

This gaming development builds on an intuitive support tool which enhances the efficiency level of game developers.

Stencyl gaming tool features a drag-and-drop interface, extensive support and no coding requirement at the time of creating games.

Through extensive support, once you created the game you can publish it on several platforms including Linux, Mac, Windows, iOS (iPhone/iPad), Linux, HTML5 (experimental) and Adobe Flash.

Through nifty Scene, the Designer Tool developer can make designs as well and can also build words. With the help of the Actor Editor Tool, you can make special characters and NPCs.

The biggest advantage is that Stencyl Gaming Tool has placed in top position in the Google Play Store as well as App Stores, and featured under the “Best New Game” Section in respective stores.

The drag-and-drop interface is inspired by the successful MIT Scratch project.

There is an option available in Stencyl by which, game developers can write their own codes, import libraries, and custom classes.

Developers have full freedom to create games of their own choice. Some of the renowned games created by using Stencyl Gaming Tool include Impossible Pixel and Zuki’s Quest (iPhone and Android) and Making Monkeys and Dangerous Dungeons (PC).

Create games online with Flowlab and publish them on Android, iOS, online, and windows.

All the Indies, Studio Community and Education sector can take the advantage of Flowlab Gaming Development Tool but all of them have to pay some amount of money for using this gaming tool.

Through this developers can create their own Flash and iOS games online which is beneficial for those who don’t have knowledge of coding.

This gaming tool includes all the features which an amateur game developer will require. It is easier for the developers to share their formulated games with others as the toolset is stored online.

Added some houses and bunnies and animated a few things. #pixelart #mockupmonday pic.twitter.com/NeyF1JBD7m

Through GameSalad developers can create games easily and quickly. It has a community that helps developers and newbies in creating games.

Various Tutorials are available on its website which helps newbies in creating games.

It has been loaded with the integrated physics engine, drag-and-drop interface, a large behaviour library and some other excellent features that allow users to create games effortlessly.

Once you had done with the game, you can test the game by using an amazing previewer.

The free- version of GameSalad provides freedom to users to create games, preview games and import games on Web and iOS Platform, whereas the paid allows you to monetize the games and publish them to the Windows 8 and Google Play Store.

Once you created the game you can share it with the world including Windows, Android, Linux, HTML 5

Above we have mentioned the Gaming Development Tools which are famous nowadays. All of the above require less programming and a great platform for students, teachers, and developers.