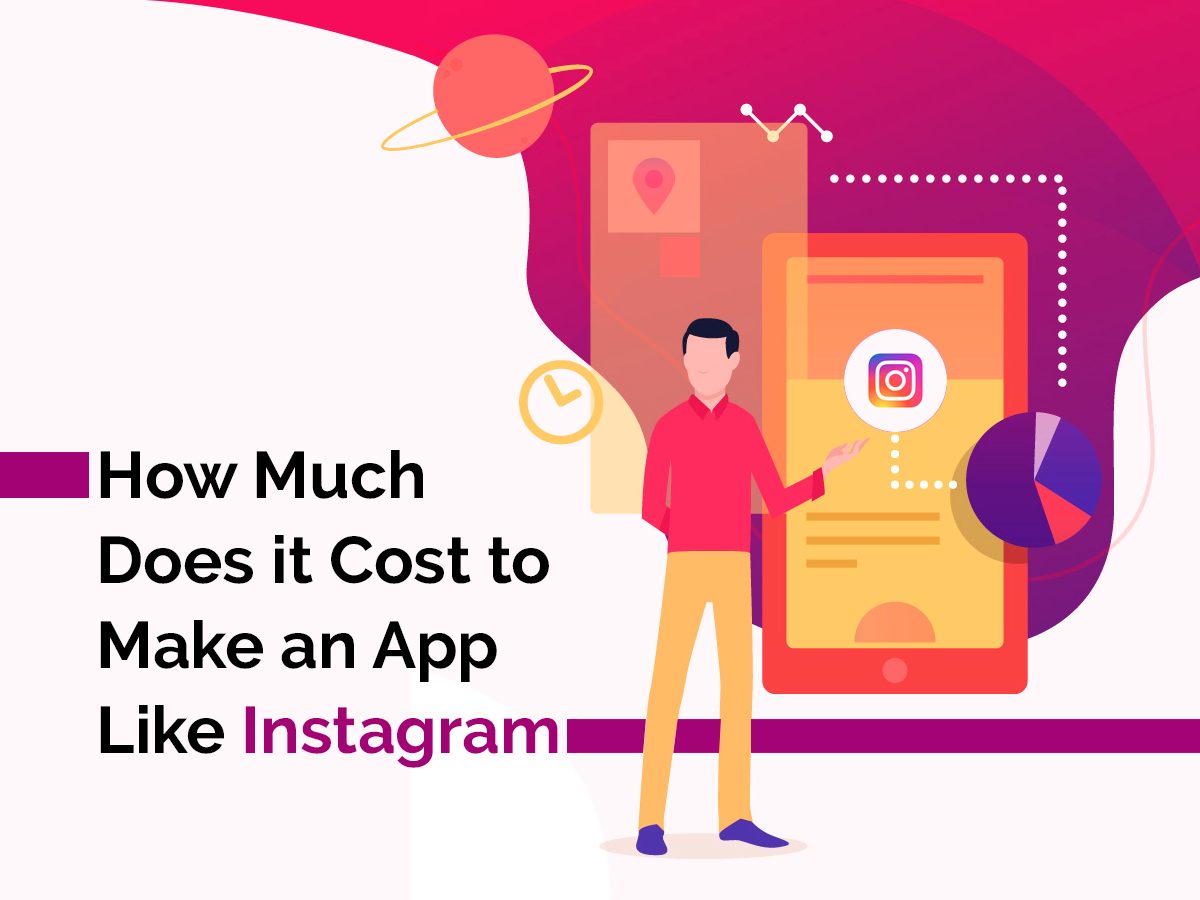 In today’s digitalized era, everyone has become so techno-holic that applications like amazon, facebook, Paytm, etc have become pre-requisite and have witnessed a tremendous success in their respective sections.

Social media platforms like Facebook and Instagram have become an obvious way for people to connect with each other. They are now being treated as the strongest and best communication platforms as they not only connect us with our colleagues, peers and family but also offer a medium for online business and promotion by hooking up customers and dealers at the global level.

Instagram, which was launched on 6th October 2010, received a huge response globally and gathered around 1 million users within a few months of its launch. But it gained a real hike after social media dominant Facebook obtained it in the year 2012. Now it has become the most popular photo and video sharing app. 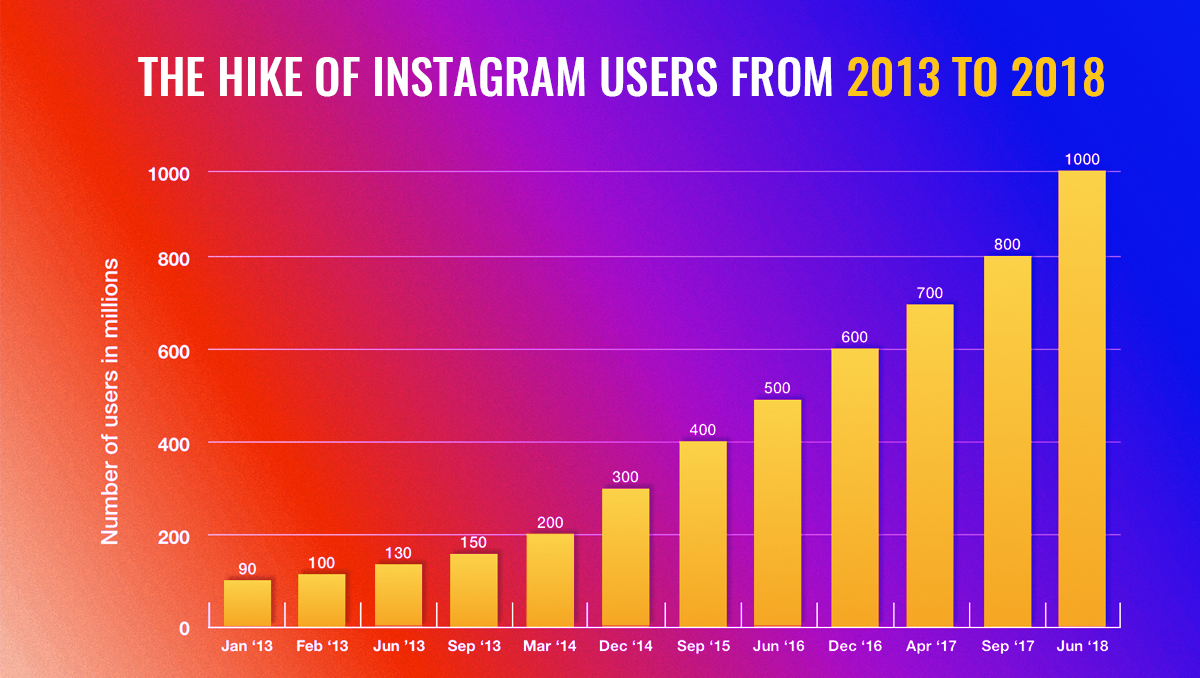 So, if the idea of inventing an app like Instagram is crawling into your mind, you must carry on with the reading as we will now discuss some functions and features of Instagram to estimate the cost to be incurred in the development of such an app.

Looking to build your own app like Instagram? Hire a dedicated mobile app developer with SAG IPL

To make an estimate of the cost involved in developing a mobile application like Instagram, there are numerous factors which must be considered and studied thoroughly. These factors include:

So, in this article, we will try to determine the cost to build an app like Instagram on the basis of the time it takes to develop the various basic features of the application. 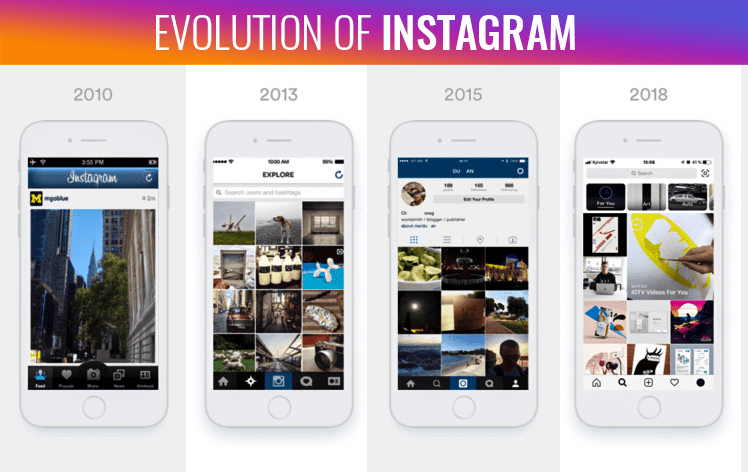 Did you like the article? Have any suggestion or your own idea about the cost of Instagram-like app development? Feel free to write in the comment section below. If you are also looking to make an app similar to Instagram or any other social media platform, SAG IPL provides you with the best price in the market.

Initially, Instagram was introduced as a video/photo sharing app where one could upload and share video and photos publicly or with a faction of individuals with editing/applying filtering options using their smartphones. The users were allowed to access each other’s profiles, follow them and add the content to a feed. A user could apply an optional filter and make some edits as well. They could also add captions to their posts and tag other users to it, tag it with a geographical location and simultaneously post it to some of your other social networks.

Later in 2015, Instagram evolved to become a combination of content sharing and messaging app where users can upload multiple images and videos in a single post and communicate with other users confidentially or publicly.

Just like other social networks, you can now interact with other users on Instagram by following them, being followed by them, commenting, liking, tagging and private messaging. You can even save the photos you see on Instagram. 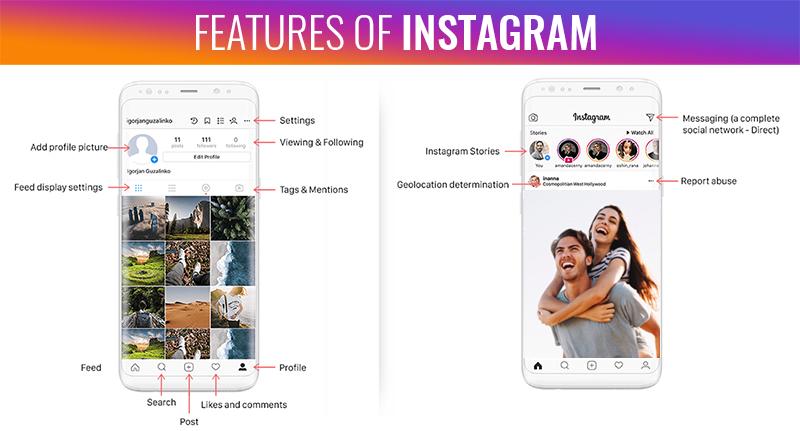 Instagram is available for free on both iOS and Android platform.

In order to develop an app similar to Instagram, you first need to develop a minimum viable product (MVP), which is the basic app version with just enough features to satisfy early customers, and to provide feedback for future product development.

There are so many similar apps available on the Google Play store & the Apple Store, so it becomes highly relevant to first build an MVP of the actual app to examine the product in the real market conditions and with day to day consumers to evaluate its performance. The minimum viable product can be also introduced in the form of a demo video, landing page, pilot version, or preliminary release. It testifies your idea’s feasibility.

The key thing is that your app should not be a copied product, instead, it should come with exclusive specifications. For instance, there is no point in adding features like IGTV or Instagram Lite, etc. that have been recently added into Instagram.

Account authorization is a very crucial step for social media platforms which deal with user data and privacy.

Other than that, features like password reset, password recovery, detailed account activity logging, locking out accounts after too many unsuccessful login attempts and requiring 2-factor authentication for unrecognized devices through email and phone SMS or social media account should also be integrated, which is possible only when the user’s data is saved on the backend for which there is an inevitable need of a strong database which allows users to share specific data with an application while keeping their usernames, passwords, and other information private.

For example, an application can use OAuth 2.0 database to obtain permission from users to store files in their Google Drives.

This entire process of setting up Account Authorization for an Instagram-like App may take up to 70 hours, which includes registration through emails and phone numbers and the sign-in or sign-out process. 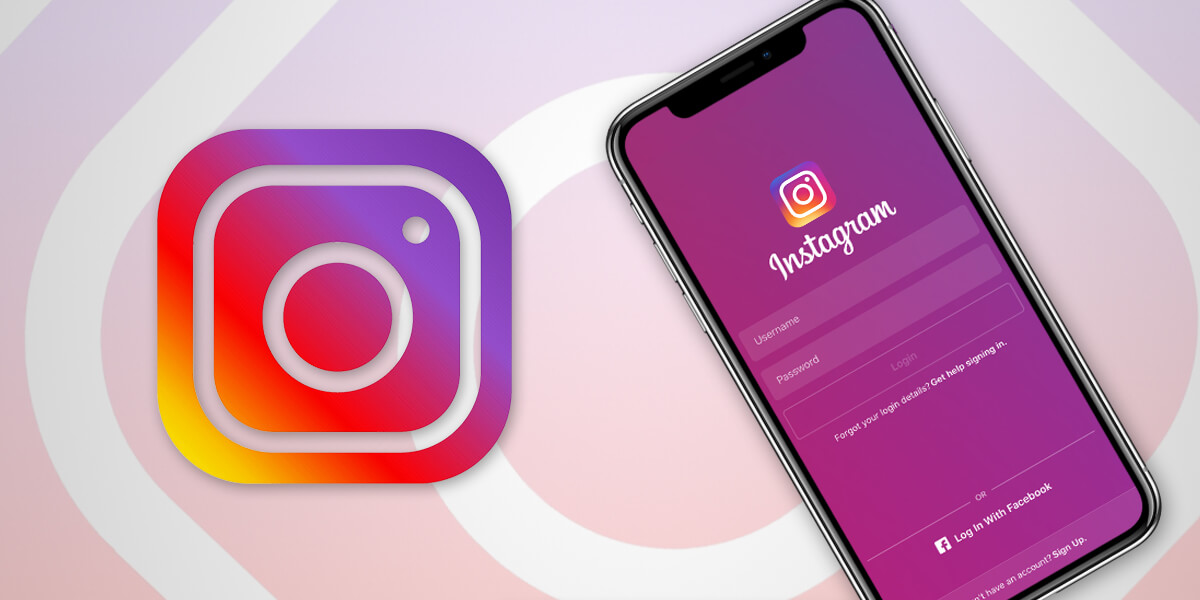 Next step is to design an option for creating and editing profile so that the user may display his name, profile picture, education and other relevant information he/she feels like to share and also can modify the shared information with the edit option.

For this, there is a need to develop an interaction between the client and the server-side of the application which may take anywhere between 50 hours.

To Implement the photo and video upload feature to make your social media platform interactive and interesting, you need to choose from the following options, depending on whether you’re developing for Android or iOS or both.

The Estimated time required for creating the Upload feature is around 100 hours.

Photo editing also plays an important role in a photo-sharing app like Instagram, through which users can showcase their art and creativity blended with their images by editing it according to their choices.

Now, talking about the backend, you have two options, you can either use any standard file (by copying available source to the project), or you can create your own files (writing your own source).

The approximate time of developing this feature should be around 65 to 70 hours.

Developing an app like Instagram can be tricky. Call SAG IPL to hire an experienced app developer for the job.

It is crucial that your app facilitates the users with a real-time messaging option along with notification about the incoming message while protecting the app server from getting crashed due to the heavy burden of incoming and outgoing messages by using the API on HTTP as a replacement of permanent socket connections.

To implement the notification facility, you should get the app linked with Android or the iOS server through device authorization on the server. You can use APN or GCM for doing it.

The whole process of building the messaging function may consume around 120 hours. 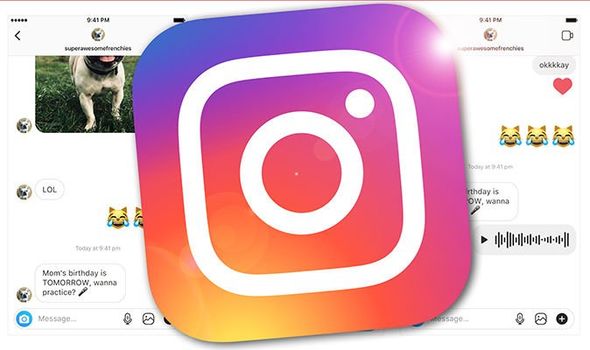 For this, you need to link up the app account ID with the social media account ID. For the authorization part, tools such as OAuth will come into play.

The expected time for developing this part is around 8 to 10 hours. 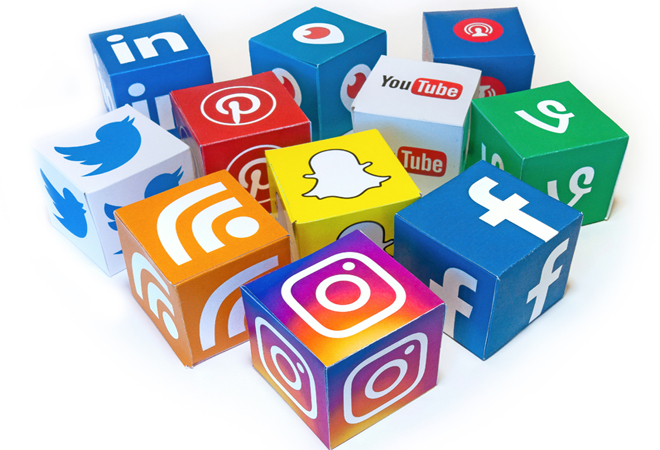 The search option enables the users to search for their friends, family members, groups or latest trending news on celebrities, upcoming gadgets or services in a particular area and more. Users can join social groups of their community, class and interests using the search feature. The backend server serves the users with the desired results through this option.

The development time would be around 60 hours.

Through this feature, users will become able to share their current location along with videos and photos so that their friends who are nearby may also join them.

To enable this feature to your app, you’ll need the aid of APIs.The approach for android differs from that for iOS. While Android developer will make use of a class from android.location package along with maps service of the MapView class, the iOS app developers will be using the CLLocationManager Class along with maps service via the Map Kit framework.

The data is sent by a sensor to the front-end, from where it goes to the backend. The app needs to obtain user permission in order to send the data. The data received by the server gets saved there and an image representing the location is returned to the end user.

The estimated time required for developing/integrating the Geo-location feature is about 25 hours, depending on the developer. 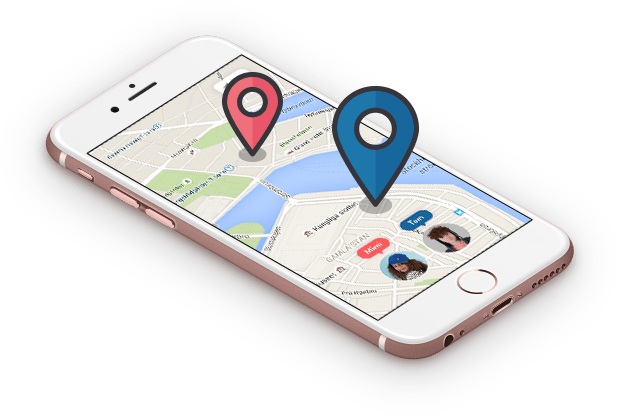 The App Design – UI and UX

Besides the above-mentioned features, you also need to figure out the cost involved in designing the app. The design is one of the most crucial things for your application’s future. It is the point where your idea begins to manifest into a real app. Your app design should be simple and elegant and should provide a name and status to the platform.

The name of the app should be fascinating, appropriate and short and the logo should feature decent & interactive colours. 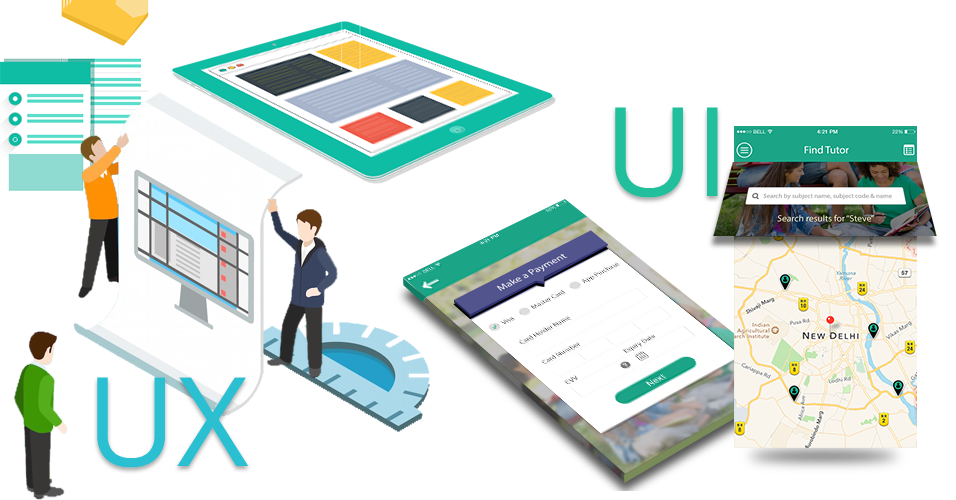 Extra settings may include to enable or disable the push notifications, set preferred language and set the account privacy, limit the audience to see the post or restrict unknown friend requests.

For example, if you want to add push notification, then the app server needs to get connected to the Apple or Google server through registration and providing appropriate ID on the Google or Apple server. The server sends the notifications through ID.

The process may take up to 80 hours.

Additional cost while developing a social media app like Instagram may include the price of app testing, maintenance, updates, publishing, etc.

Other than the app features, design and setting, another very important factor to affect the cost of app development is the developer/team. 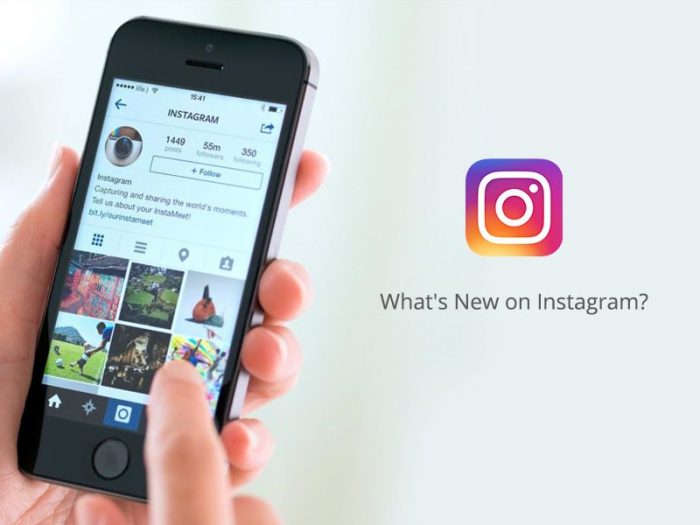 It is important that you go with a well-experienced and trained development team of experts, which includes the project manager, backend developers, app designers, analysts, content writers, etc.

Hiring a professional development team or company may cost a little higher than hiring a freelance developer, but it will be worth it, as you can expect to get the best product along with proper project management and on-time delivery. And if you look around carefully, you might even manage to find a good app development company in your budget.

Calculating the exact cost to build an app like Instagram is a trickier task as it involves a lot of things which may change from developer to developer, however, we can still try our best to estimate the cost on the basis on the total hours spent on the entire development process, as described above.

The hourly price of app developers may also differ based on their location, company and skills. For instance, the hourly price tag in India is $15-20, while in the U.S., it is $100+.

As the development of an app like Instagram may take around 500-700 hours, the estimated cost of developing such an app would be in the range of $12,000 to $60,000, depending on where you’re hiring your app developers/team from.

To calculate the cost to make app like Instagram, the below-given formula can be applied by you:

It can also be understood by a simple example. Suppose it takes approx 300 hours to develop your next Instagram like clone app with an hourly charge of $25, then the total development cost for your App like Instagram would be 25*300 = $7500.